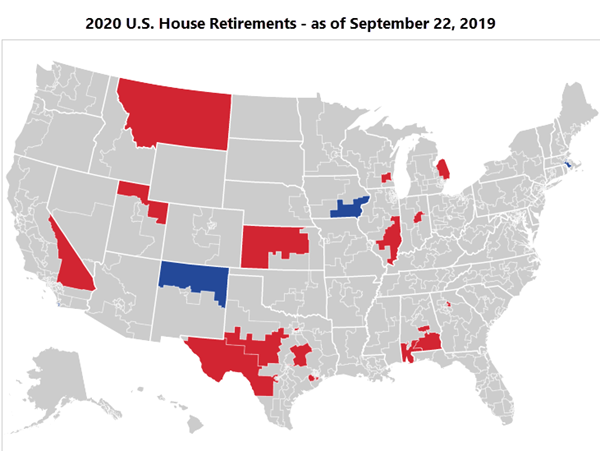 Elizabeth Warren has a narrow 22-20 lead over Joe Biden in Iowa. That's the finding of the latest poll from Selzer & Co., conducted for the Des Moines Register. This is one of the most highly-regarded polls of caucus-goers in Iowa.

Well back in 3rd is Bernie Sanders, with 11%, followed by Pete Buttigieg at 9% and Kamala Harris at 6%. Six other candidates saw 2 or 3% support.  This includes Tulsi Gabbard, which means she is now just one qualifying poll away from securing a spot in the October Democratic debate. 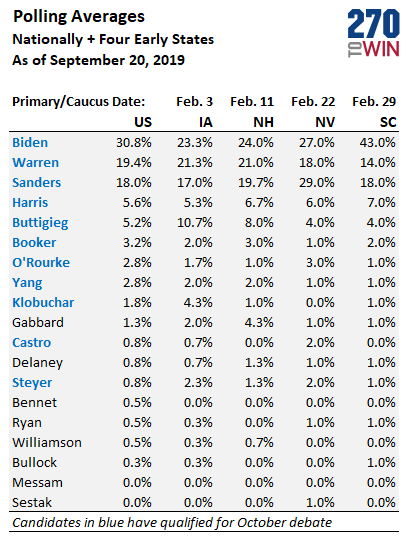 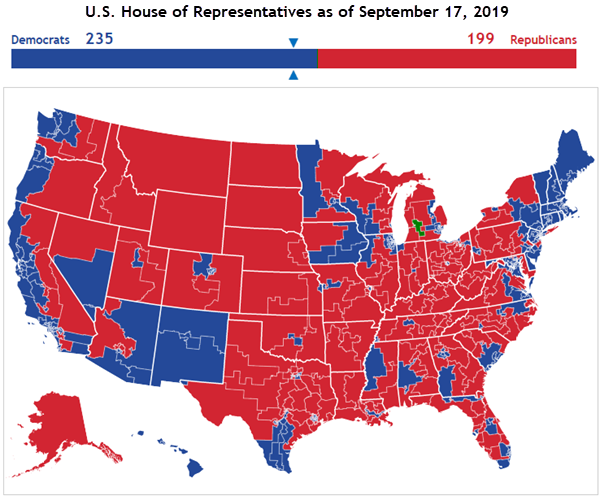 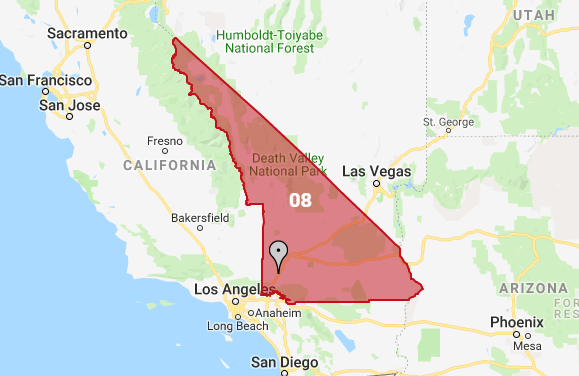 Morning Consult released the first national poll taken entirely after last week's 3rd Democratic debate. There was little movement in the race, when compared to the firm's prior weekly tracking poll. Sen. Elizabeth Warren gained two points to 18%, but she continues to trail former Vice-President Joe Biden (32%) and Sen. Bernie Sanders (20%).  Those two each lost 1%, as did Sen. Kamala Harris.

The graphic below shows the comparison for each candidate getting 2% in this new poll. You can also see how it relates to our calculated national average for each candidate. There are some notable differences; click/tap the graphic for full results on this and other polling for the Democratic nomination.

Warren has seen her support slowly increase through the summer in this poll. In the June 24 survey, just before the first Democratic debate, she was at 13%.  That gain of 5% compares to a loss of 6% for Biden. Sanders was at 19%, so little change there. Harris got a nice bump from her performance in that first debate, peaking at 14% in the Morning Consult poll.  However, that has all disappeared - her current 6% is identical to that on June 24. 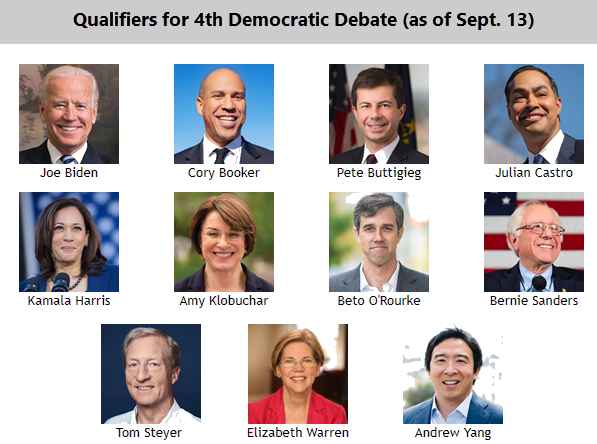 There are currently two vacancies in the U.S. House. Both are in North Carolina and both are to be filled via special elections Tuesday.  Polls close at 7:30 PM Eastern Time. Live results will appear below after that time.

9th Congressional District: This district stretches from suburban Charlotte eastward into more rural areas. The seat has been vacant since the beginning of the current Congress in January. An apparent narrow GOP win in the November, 2018 midterms was tossed out because of ballot fraud.  The 2018 Democratic nominee, businessman Dan McCready is again on the ballot. His opponent, state Sen. Dan Bishop won the Republican nomination in a large primary field. Mark Harris, the party's 2018 nominee, chose not to run in the special election.

Although Donald Trump won this GOP-leaning district by 12 points in 2016, only 905 votes separated the candidates in the discarded election.  Tuesday's election is seen as a toss-up.  For more information on how we got here and what to expect, see this analysis from FiveThirtyEight.

3rd Congressional District:  This district covers the far eastern part of the state, including the Outer Banks. Long-time GOP Rep. Walter Jones died in February; he ran unopposed to win his final term in 2018. Donald Trump won here by nearly 24% over Hillary Clinton in 2016. The Republican nominee, state Rep. Greg Murphy, is likely to prevail over Democrat Allen Thomas, the former mayor of Greenville.

Although both parties will spin the results however they turn out, Democrats will have had a very good day with a win in the 9th district and a single-digit loss in the 3rd.  Republicans need a win in the 9th - preferably by several points - and a decisive margin of victory in the 3rd.

The U.S. House currently has 235 Democrats, 197 Republicans and one independent.

Republican Rep. Roger Marshall of Kansas has launched a bid for U.S. Senate. The incumbent, GOP Rep. Pat Roberts is retiring. Marshall, in his third term, joins a field that includes the former Kansas Secretary of State Kris Kobach. It may also eventually include Secretary of State Mike Pompeo, who has deflected questions about whether he will run.

The decision adds Marshall to the list of 2020 House Retirements, which now number 19.  The Kansas 1st District is larger, by area, than the state's other three districts combined.  It is also the most conservative. Despite the lack of an incumbent running in 2020, it is expected to remain in GOP hands. 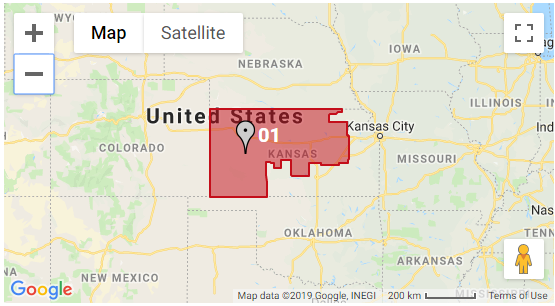