Coinciding with the California statewide primary, several special elections are being held Tuesday. Separately, is a State Senate special primary in Montana. We've included an overview at the bottom of this page.

Incumbent Alex Padilla (D) was appointed by Gov. Gavin Newsom (D) in January 2021, after Kamala Harris (D) resigned to become Vice-President. However, under a new law, Padilla cannot complete Harris' term as an appointed Senator. As a result, there are two primary elections for Senate on Tuesday's ballot. The regular one for the six-year term beginning in January, 2023, and a special primary for the lame duck session after the November elections.  You can see the results for both on our overview page for all of Tuesday's primaries.

The top two finishers will advance to the November special election.

This election is to fill the vacancy created when Republican Devin Nunes resigned at the end of last year. No candidate received a majority in the April 5 primary, so the top two finishers meet Tuesday. Republican Connie Conway, with 35% of the vote, finished first in the six-person primary field. Democrat Lourin Hubbard received 19%. Regardless of who wins - Conway is favored - that person will only be in Congress until the end of the year. Neither of these candidates is on the primary ballot in any district for a full term.

Democrats hold a large majority in the California State Assembly. The party controls 58 seats, alongside 19 Republicans and one independent. Members serve two-year terms. The next regularly scheduled elections will be in November. Primaries for those seats, contested using redistricted boundaries, are part of Tuesday's statewide primary.

Voters in four California cities, all among the nation's 100 most populous,1 1City rankings are based on July 1, 2021 Census Bureau population estimates. They are for the city itself, not the associated metropolitan area.will select nominees for mayor Tuesday.

These are all nonpartisan contests. If a candidate gets a majority of the vote, they are elected. Otherwise, the top two finishers will advance to the November 8 general election. Polls close at 11:00 PM Eastern Time. 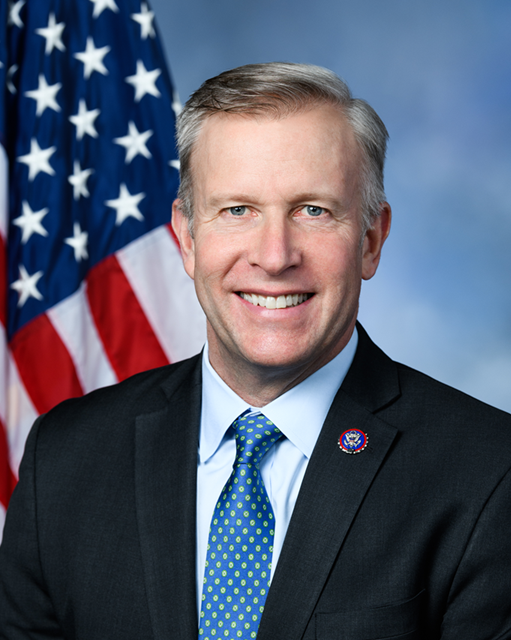 New York Republican Rep. Chris Jacobs (NY-27) announced Friday that he was ending his campaign for reelection. Jacobs had received an intense backlash from within the party for his willingness to support gun control in the wake of the mass shooting at the Tops Market in Buffalo, a short distance from his district.

The Buffalo News attributed this quote to Jacobs: "This obviously arises out of last Friday, my remarks, statements on being receptive to gun controls. And since that time, every Republican elected (official) that had endorsed me withdrew their endorsement. Party officials that supported me withdrew, most of them, and those that were going to said they would not. And so obviously, this was not well received by the Republican base."

Earlier this week, the New Hampshire Supreme Court adopted the congressional redistricting plan submitted by its special master, Nathaniel Persily. The court's action came after the legislature and Gov. Chris Sununu were unable to agree on a new map.

According to New Hampshire NPR, "The map approved by the court uses a “least change” approach, moving just five towns —Jackson, Albany, Sandwich, Campton and New Hampton — from the 1st District into the 2nd District in order to achieve a balanced population."

With little geographic change, the partisan lean of the two districts is unchanged; both districts remain highly competitive. This is the outcome desired by the governor. The legislature had sought to make each district more partisan, improving the likelihood of a GOP pick-up in District 1.

New Hampshire is the only state without an active map. The latest proposal was approved by the Legislature; Gov. Chris Sununu has not indicated if he will sign it. The Legislature and Governor have been at odds, with Sununu preferring both districts be competitive, as has been the case in the past. The Legislature is attempting to make both district more partisan, to increase the likelihood of a GOP victory in District 1. The State Supreme Court has also weighed in, imposing a June 1 deadline after which the justices will draw the maps.

Litigation remains active in some other states, most notably in Florida. Given calendar realities, it is becoming less likely that any of those efforts will affect the maps in place for this year's elections.

Georgia, Alabama, and Arkansas hold primaries Tuesday. These are all runoff states; the top two finishers will advance to a June 21 runoff if no candidate gets a majority of the vote. Separately, Texas holding runoff elections from the March 1 primary.

On this page, we'll highlight and provide results for some of the most compelling contests. Use the links below to see all results. Latest poll closing (Eastern Time) appears below the state name. If you are voting in one of these states, check with your polling place as the hours may differ.

While you're awaiting the results, check out our new feature that lets you view the congressional district - before and after redistricting - for any U.S. street address.

The seat will almost certainly remain in Republican control, so all the action is around who the nominee will be. Sen. Richard Shelby is not seeking a 7th term. He has endorsed his former Chief of Staff, Katie Britt. The other prominent names on the ballot are Rep. Mo Brooks (AL-05) and businessman Michael Durant.

None of the three has cleared 40% in this frequently-polled race, so a June top two runoff seems likely. Donald Trump unendorsed Brooks in March, saying he had gone "woke", although the fact that the candidate was sinking in the polls likely was a contributing factor. However, Brooks has seen a resurgence in the campaign's closing weeks, leaving it very much up in the air which two candidates will advance.

Primaries for the vacant seat in Minnesota's first congressional district are being held Tuesday. The prior incumbent, Republican Jim Hagedorn died in February. Hagedorn was reelected by 3% in 2020, running behind Donald Trump who won by 10% over Joe Biden. The presidential result may better reflect the partisan lean of this largely rural district that stretches across the southern tier of the state.

The primary winners will meet in the August 9 special general election, which coincides with the statewide primary. Most forecasters rate the special election Likely or Safe Republican.

There are two legislative special elections on Tuesday, although only one of them is contested.

Democrats hold a large majority in the New York State Assembly. The party controls 105 seats, alongside 43 Republicans and one Independence Party member. Members serve two-year terms. The next regularly scheduled elections will be in November. These will be contested using redistricted boundaries.

District 58 is located in Brooklyn. The prior incumbent, Democrat Nick Perry resigned in March to become Ambassador to Jamaica.

There are three candidates on the ballot. Polls close at 9:00 PM Eastern Time.

A New York court finalized the state's new congressional map late Friday night, setting in place the district boundaries to be used over the next decade. The shapes have been added to the 2022 House Interactive Map, leaving New Hampshire as the only state without a new plan in place.

The new map, created by a court-appointed mapmaker, replaces the one enacted into law in early February. That plan, which heavily favored Democrats, was ruled invalid by this same court in late March, setting the process in motion which led to Friday's decision. Due to the delay, the state's congressional primaries were rescheduled to August 23.

The state's current delegation of 19 Democrats and 8 Republicans1 1Includes the vacant NY-23, formerly held by Republican Tom Reed who resigned earlier this month. was on track to move to 22 Democrats and 4 Republicans after the original map was enacted. The state is losing a district following the 2020 Census. According to Cook Political's David Wasserman, the new map includes a larger number of potentially competitive seats, with a wide swing in outcomes possible depending on the environment.

Florida's enacted congressional redistricting plan is back in effect, pending further appeal. The shapes have been added back to the 2022 House Interactive Map.