Hartzler joins former Gov. Eric Greitens and Attorney General Eric Schmitt in the race. Also in the race is attorney Mark McCloskey who gained a measure of fame during last summer's Black Lives Matter protests.  Most of Hartzler's GOP colleagues in the state delegation have also given consideration to running. The most prominent Democrat to announce is former State Sen. Scott Sifton. The current consensus rating is Likely Republican.

The district currently runs to the south and east of Kansas City, Hartzler won her 6th term by 38 points last November. While the state will maintain its 8 congressional districts over the next decade, the borders of the district will likely shift somewhat in the upcoming redistricting. Nonetheless, it will likely remain safely Republican and speculation has already begun over who will run. 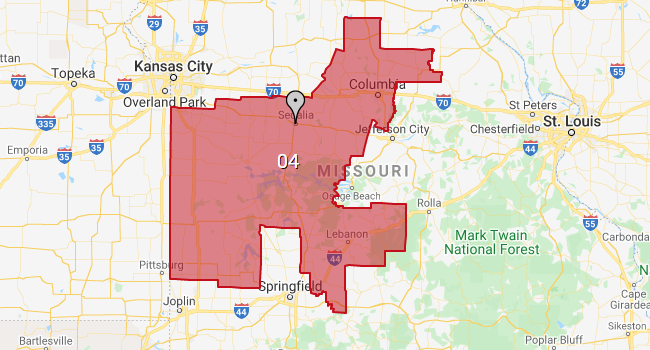 Hartzler is the 13th current House member not seeking reelection next year. 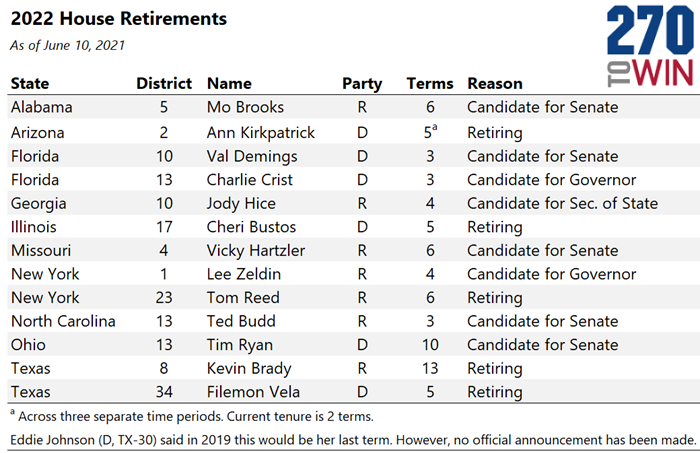