All times on this page are Eastern. To see a map of local poll closing times, click here. 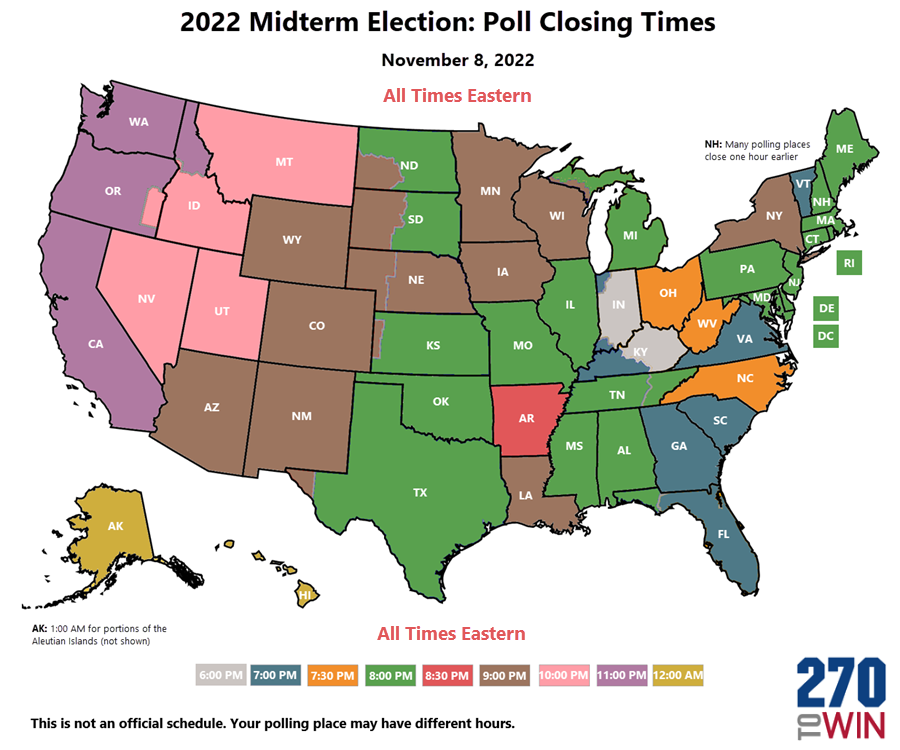 The table below provides the latest closing time for the polls in each state, adjusted to Eastern Standard Time. States that span multiple time zones, where all polls close at the same local time, are listed twice, along with the associated time zone. Your polling place may close earlier. Do not rely on this table to determine when to vote.

Alongside each clock image is the number of races associated with that closing time. Where there are multiple closing times, information associated with statewide races (e.g., electoral votes) are included in the later time, as this is the earliest time a winner will be projected. House races may be split. For example, 11 total House districts in Indiana and Kentucky are entirely within the Eastern Time Zone; they are listed at 6:00PM.

2 Polls close one hour later - when converting to Eastern Daylight Time - for the primaries in Arizona (except the Navajo Nation) and Hawaii.

The following seven states have closing times that vary by congressional district. Where that is the case, the latest closing - adjusted to Eastern Standard Time - for the district is shown.