The 2022 primary calendar is winding down with four East Coast states. This Tuesday is Massachusetts, with Delaware, New Hampshire, and Rhode Island all following in one week.

Louisiana will hold its version of primaries on November 8, the same day as the general election in the other 49 states. In the Pelican State, all candidates appear on a single ballot. If one gets a majority of the vote, he or she is elected. Otherwise, the top two advance to a December 10 runoff.

Try out the new 2022 Senate Simulator. Run as many simulated elections as you'd like for the 35 Senate seats up this year. The results of a simulation can be displayed randomly, or in order of poll closing times. A table below the map will track your simulations until the browser tab is closed.

The Senate is evenly split at 50-50. Democrats control the chamber since Vice-President Kamala Harris can break tie votes. Republicans need to gain one seat to take back the majority.

There are still a wide range of possible outcomes for the election. Any individual simulation is plausible, although no one result is particularly likely. To get a more complete picture, we run 25,000 simulations each afternoon, including the results on our Senate Battle for Control page. That page also includes daily results by state and links to each state's trend over time.

On Wednesday, Alaskans will find out who will represent them in the U.S. House through the end of the year. The state's single at-large district has been vacant since March, when GOP Rep. Don Young died. Young had held the seat since 1973.

As no candidate received a majority of the first-choice vote in the August 16 election, the winner will be determined via ranked choice voting. Ballots mailed from overseas, postmarked by Election Day, could arrive up to 15 days later and still be counted. This is why the process was not completed prior to August 31.

The Alaska Division of Elections will run the ranked choice voting tabulation in the 8:00 PM Eastern Time hour.  Access the live stream here.

Florida Rep. Charlie Crist Resigning from Congress to Focus on Race for Governor 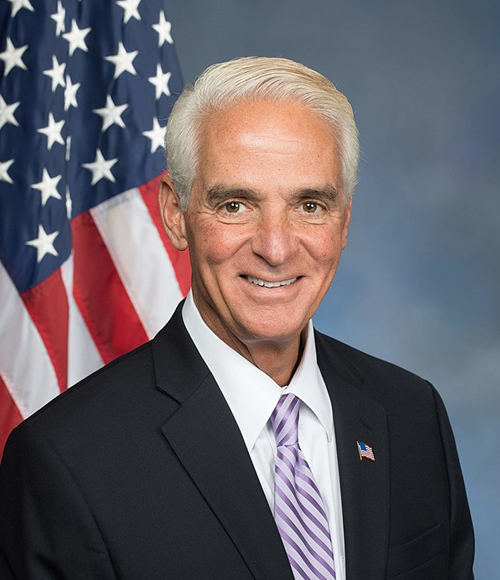 Rep. Charlie Crist (FL-13) is resigning from Congress effective at the end of the day Wednesday. Crist won the Democratic nomination earlier this month to take on Florida Republican Gov. Ron DeSantis in November.

The move is similar to one DeSantis himself made in 2018, when he resigned his U.S. House seat in September to focus on the gubernatorial campaign.

Tuesday is the last big day on the 2022 primary calendar, as voters in Florida and New York head to the polls. Those two states combine for 54 congressional districts, about 1/8 of the U.S. House.

There are also primary runoffs in Oklahoma and special elections to fill two congressional vacancies in New York.

Results for some of the more interesting elections are on this page. Use the links below to see all results. Latest poll closing (Eastern Time) appears below the state name. If you are voting in one of these locations, check with your polling place as the hours may differ.

On Tuesday, primary voters in Alaska and Wyoming will determine the fate of two sharp critics of former president Donald Trump. Alaskans will also fill a vacancy in the U.S. House, although we probably won't know the winner until the end of the month.

On this page, we highlight the primaries of most interest. Use the links below to see all results. Latest poll closing (Eastern Time) appears below the state name. If you are voting in one of these locations, check with your polling place as the hours may differ.

1Portions of the Aleutian Islands close at 1:00 AM

Before we get to the primaries, there is a special election to fill the vacancy in Alaska's at-large congressional district.. The winner will complete the term of Don Young (R), who died in March.

Hawaii is one of two states - Tennessee was the other - that has its 2022 primary on a day of the week other than Tuesday.

On the ballot Saturday are primaries for U.S. Senate, U.S. House and Governor. Spoiler alert: All are safely Democratic in the general election. There are also primaries in both chambers of the State Legislature.

Elections in Hawaii are largely vote-by-mail, with all registered voters receiving a ballot approximately 18 days before the election. Ballots can also be returned at Voter Service Centers, which also accommodate in-person voting. All ballots, regardless of how submitted, must be received by 7:00 PM local time (1:00 AM Sunday, Eastern Daylight Time).

The newest member of the U.S. House is Republican Brad Finstad. He was sworn in by Speaker Nancy Pelosi (D) Friday morning.

Finstad won a special election earlier this week to fill the vacancy in Minnesota's First Congressional District. He will complete the term of Jim Hagedorn, who died in February.

Democrats control the House with 220 seats. Republicans now have 211.