Democratic Rep. Kai Kahele to Retire; Expected to Run for Governor of Hawaii 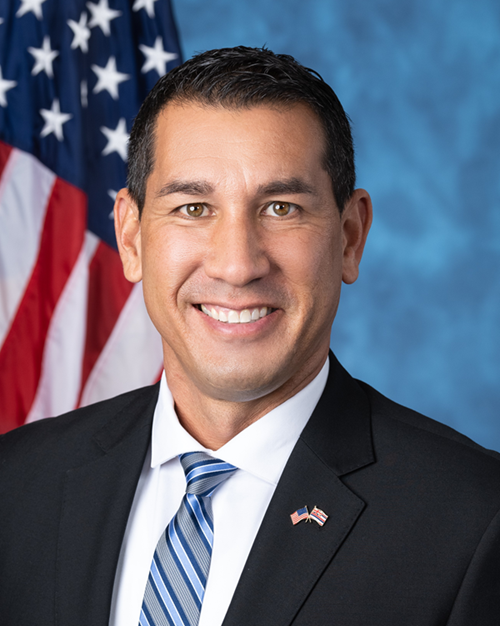 CNN reports that Democratic Rep. Kai Kahele (HI-02) will not seek reelection to the House in order to run for governor of Hawaii. The freshman member won his seat in 2020, after Tulsi Gabbard retired in an unsuccessful bid for the Democratic presidential nomination.

He will be the 49th current House member - 31 Democrats and 18 Republicans - to retire or seek other office.

The New York Court of Appeals has sided with lower courts, ruling the state's previously-enacted congressional map is invalid. The redistricted State Senate map was also thrown out.

UPDATE: Shortly after this article was published, the New York State Court of Appeals ruled that the congressional map must be redrawn. It also tossed the State Senate map and noted that the primary for these offices will likely need to move to August.

On Tuesday, the New York State Court of Appeals - the state's highest court - held a hearing on the state's previously-enacted congressional map. The map, which strongly favored Democrats, had been ruled unconstitutional by two lower courts earlier this month. A ruling is expected quickly. The state's primary is scheduled for June 28. (Full primary calendar >>)

A Kansas judge has thrown out the state's enacted congressional map, calling it an "intentional, effective pro-Republican gerrymander that systematically dilutes the votes of Democratic Kansans." Per Politico, "it was the first time a court has declared that the Kansas Constitution prohibits political gerrymandering."

The prior map became law in February when the Republican-controlled Legislature overrode the veto of Democratic Gov. Laura Kelly.

The ruling is expected to be appealed to the Kansas Supreme Court. June 1 is the filing deadline for the state's August 2 primary.

The Florida Legislature passed a redistricting plan Thursday, sending it to Gov. Ron DeSantis (R). As the map originated from the governor's office, his signature would seem to be a foregone conclusion. As such, the new shapes have been added to the 2022 House Interactive Map.

The new map is quite favorable to Republicans, with the party expected to gain up to four seats in this fall's midterm elections. In that scenario, Democrats would lose three, as the state gained a district after the 2020 Census.

The graphic below compares the two maps. The new map is colored based on the spread between Joe Biden and Donald Trump in 2020, as calculated by Matthew Isbell, publisher of The MCIMAPS Report. That analysis shows 18 seats where Trump won by >5%. Districts 15 and 27, the only two seats decided by <5%, are both held by Republicans.

Democrats hold 57 of 80 seats in the California Assembly. There are 19 Republicans and one independent. Members serve two year terms. The next regularly scheduled elections are in November. Those will be contested under redistricted boundaries.

Three seats are open, all were previously held by Democrats. Vacancies in Districts 62 and 80 held primaries on April 5. Those general elections will be June 7, the same date as the statewide primary.

District 17 is located in San Francisco. The seat became vacant when Democrat David Chiu was sworn in as San Francisco City Attorney in November.

This week, we have an unusual Thursday special election to to fill a legislative vacancy.

Democrats hold a large majority in the New York State Assembly. The party controls 106 seats, alongside 42 Republicans and one Independence Party member.

Members serve two-year terms. The next regularly scheduled elections will be in November. These will be contested using redistricted boundaries. Note that these new districts are being challenged in court. A judge ruled the maps unconstitutional on March 31. That decision has been stayed by a higher court while the appeal proceeds.

District 20 borders the New York City borough of Queens in southwestern Long Island. Republican Melissa Miller resigned in February after being appointed to the Hempstead town board. She won her third term by 59% to 41% in 2020.

In his statement, Gibbs expressed frustration that the new congressional map was finalized - and perhaps only in effect for 2022 - just a week prior to the start of early voting, particularly since the new 7th district only contains about 10% population overlap with the existing 7th. (Gibbs isn't the only member seeing large shifts, some of which is driven by the fact that Ohio is losing a district.)

Per Cleveland.com, Gibbs was also facing some primary challengers "including Max Miller, a well-funded former White House aide to [and endorsed by] ex-President Donald Trump."

Early voting for the May 3 primary began on Monday. Due to ongoing redistricting litigation around the state legislative maps, the primary for those elections will be conducted at a later date.

This week, we're tracking a number of special elections, highlighted by the all-party primary for a vacant congressional district in California. There are legislative races in California, Georgia, and Pennsylvania. On the municipal front, voters in Milwaukee will elect a mayor.

This seat has been open since the start of the 117th Congress in January. Republican Devin Nunes vacated the seat to lead Trump Media & Technology Group.

In California, all candidates appear on a single primary ballot. In regular elections, the top two advance to the general election. This is also the case in special elections, unless one candidate gets a majority of the primary vote. In that case, they are elected. If a special general election is needed, that will take place on June 7, the same date as the statewide primary.