Demings is in her third term representing the Central Florida 10th district. Prior to that, she was Orlando's police chief, which capped a long career in law enforcement. Rubio is completing his second term in the Senate.

The consensus rating for the race is Leans Republican. The Florida U.S. Senate seat is one of 34 that will be contested in 2022.

Demings is the 12th current House member to announce they are not running for reelection. Seven of those are running for another office. 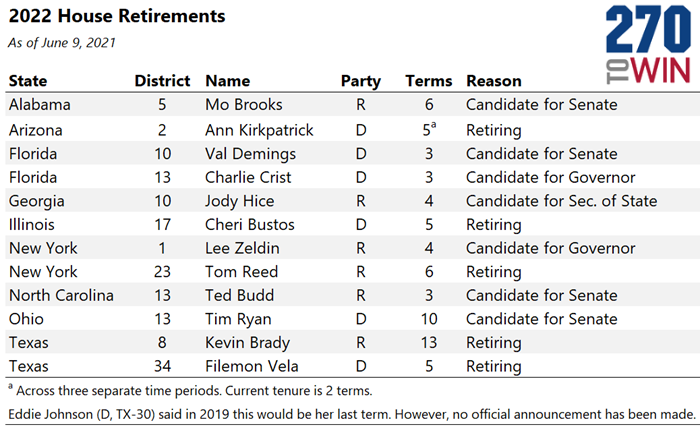