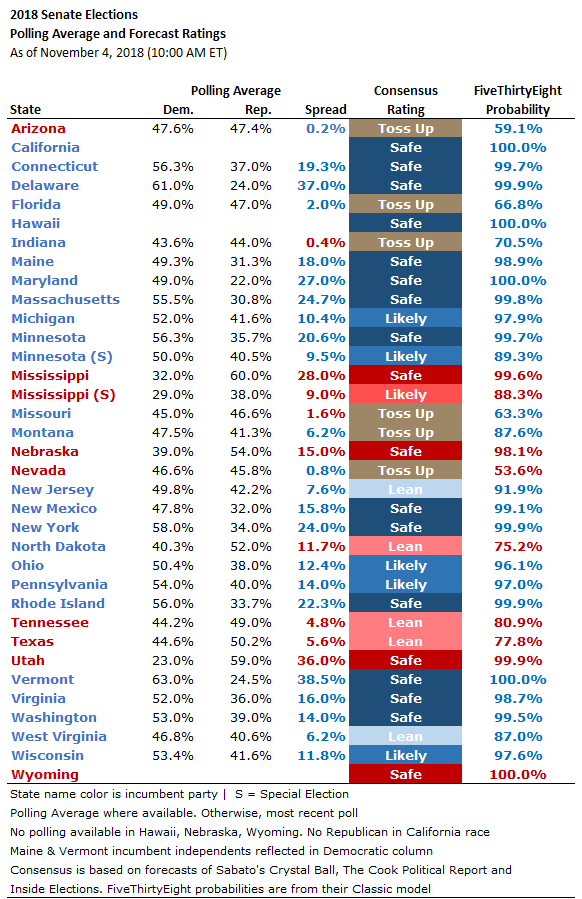 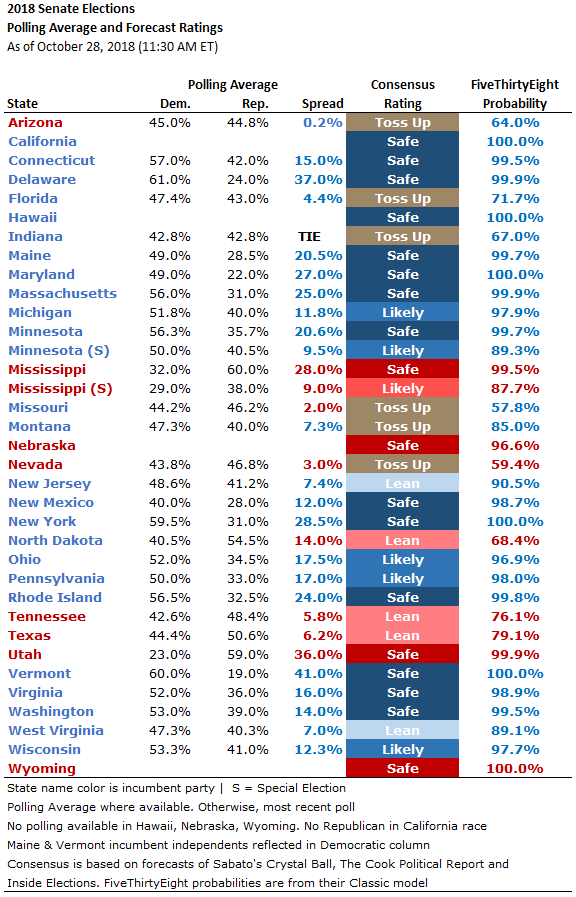 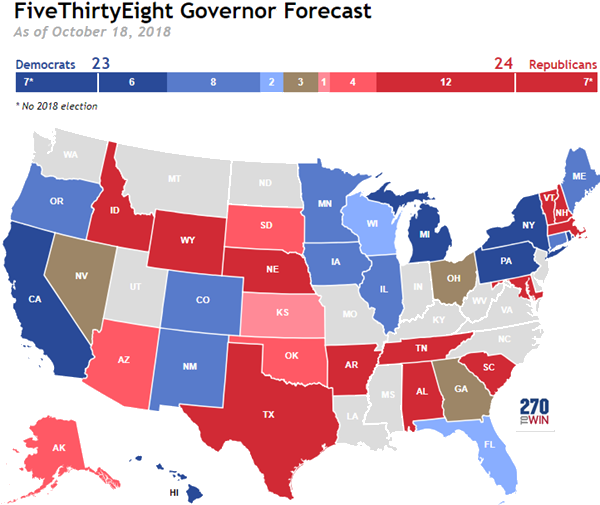 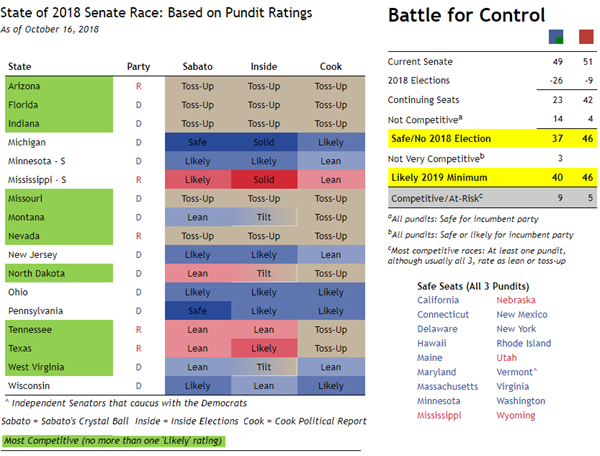 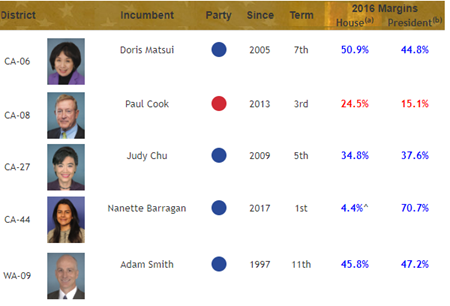 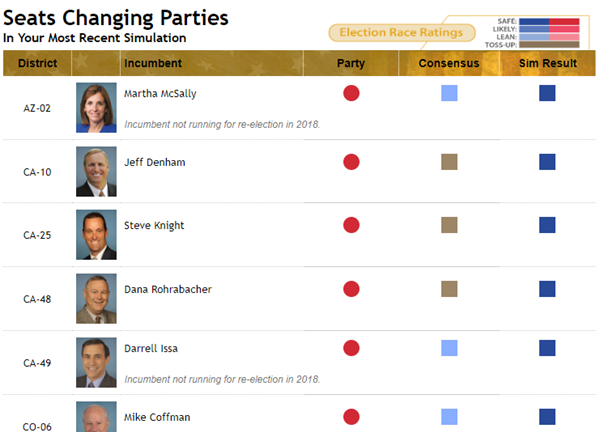 * Except for New Hampshire and Vermont, which have two-year terms. This issue also isn't relevant for states with only one district. In terms of 2018 gubernatorial elections, that includes Alaska, Montana, South Dakota, Wyoming and the aforementioned Vermont.

We've introduced a 'table view' to the 2018 House Interactive Map. When available, you'll see the Table View button to the bottom right of the map.

Table view lets you look at your map as - well - a table.  With 435 districts, some of them very small, it is a bit challenging to see how individual districts are categorized and to aggregate all the districts within a category.  The alternative table view presentation should help with that.

Here's a partial Table View for the Consensus Battleground Map (as of the most recent update on Sept. 20): 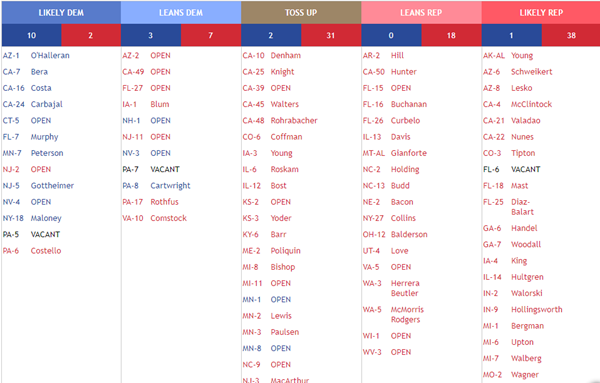 Initially, table view is available for maps that have been saved.  To see table view for an in-progress map you are creating, click 'Share Map'.

The 270toWin House Election Simulator is now live. Give it a try!  You can have the map populate randomly or by congressional district poll closing times*.

The simulator is primarily derived from the data-driven 2018 U.S. House Midterms Election Forecast from The Crosstab by G. Elliott Morris. However, it also takes into consideration the consensus projection of a number of long-time expert forecasters. This has the effect of limiting extremely unlikely outcomes, as there is an extra hurdle districts considered 'safe' by all the experts must overcome before they will change parties in a given simulation. However, the net effect of this 'governor' across many thousands of simulations is relatively small.

We're hoping to add a feature in the days ahead that will list all the district flipped when a simulation is run.

* The simulation occurs before the map is populated, so this choice doesn't affect the outcome