Richard Nugent, the U.S. Representative from Florida's 11th District, today became the 24th current member of the U.S. House to announce they will not seek reelection in 2016. Nugent is the 5th of Florida's 27 representatives to leave; but the first to retire. The other 4 are running for the Florida Senate seat being vacated by Marco Rubio in 2016.

Composition of the announced departures:

This list excludes anyone who has already departed the Congress, most recently former Speaker John Boehner whose seat (OH-8) will remain vacant until a special election next June.

To look up your elected officials, or those of any location in the country, use our Who Represents Me lookup. We also have a 2016 House Election Interactive Map.

In announcing his withdrawal via YouTube, Lessig cited a last-minute shift in Democratic Party debate rules that basically made it impossible for him to qualify to participate. Lessig went Absent that forum, his campaign would be unable to get the visibility necessary to compete effectively and it would be unfair to ask people to continue to give of their time and money.

Lessig was receiving minimal support in national polls and may not have even qualified on the prior rules. However, he was starting to see small support (about 1%) in some recent New Hampshire and Iowa polls.

The next Democratic forum will be this Friday, November 6th, at Winthrop University in Rock Hill, South Carolina. It will start at 8PM ET and be hosted by MSNBC. This event is not technically a debate; it is expected to feature moderator Rachel Maddow speaking conversationally with each of the three remaining Democrats (Hillary Clinton, Bernie Sanders, Martin O'Malley)

Tuesday will bring a quiet Election Day 2015 with two governorships being contested.  A third gubernatorial race will be decided by runoff later in November. A number of large cities, including Houston, Philadelphia and San Francisco will have mayoral elections.

Three states have gubernatorial elections this year, with two of them taking place on Election Day. Mississippi governor Phil Bryant is expected to easily win reelection to a second term. A much more competitive race is on tap in Kentucky to replace term-limited Democrat Steve Beshear. Democratic Attorney General Jack Conway is up against Republican businessman Matt Bevin. Both Conway and Bevin have previously lost races for the U.S. Senate. Recent polling has shown a consistent but small lead for Conway, although one poll out over the weekend showed a tie. Independent Drew Curtis is also in the race. That's noteworthy for two reasons. First, while he's not expected to win, he is polling around 5%; some of those votes could find their way to one of the party candidates which could be significant in a very tight election. Second, Curtis is the founder of Fark.com, an irreverent stream of user-generated takes on the day's headlines which can be pretty amusing.

Louisiana will also elect a new governor this month to replace term-limited Bobby Jindal. The state held its 'jungle primary' on October 24th, where candidates from all parties competed. Since no candidate acheived 50%, the top two will compete in a runoff on November 21st. Sitting Republican U.S. Senator David Vitter will face off against Democratic state legislator John Bel Edwards. The race, which was once seen as safe Republican, has been trending closer, with Edwards leading Vitter in some polls. Most pundits still give a slight edge to Vitter. If Vitter does win, he will get to appoint his replacement in the Senate. Depending on when Vitter resigns his Senate seat, there may or may not be a special election for that seat in 2016. Regardless of which way that goes, the seat currently held by Vitter is one of 34 Senate seats to be contested in 2016.

Donald Trump won the CNBC debate according to about 40% of those participating in an overnight snap poll at 270toWin. Marco Rubio also had a strong night, with about 22% naming him. With 6 and 10 choosing these two, it seems as the leading outsider and the emerging establishment candidate both kept the momentum going with their performance. 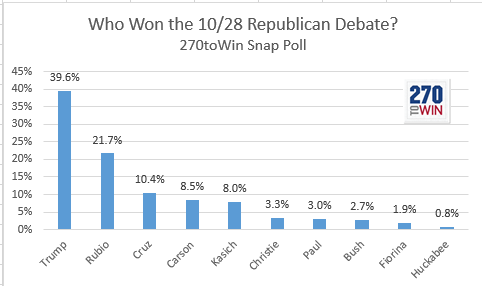 Ted Cruz was third with about 10% support. Ben Carson, who had been gaining on Trump in several recent polls, even taking the lead in Iowa, was seen as the winner by 8.5%, about the same as John Kasich. Considering their relative position coming into the debate, this could be interpreted as a very good showing by the Ohio governor. We shall see if this translates into improved polling in the weeks ahead.

The remaining 5 participants had less than 5% support. Interestingly, Chris Christie and Jeb Bush both received about 3% in the poll, even though pundits have widely praised the New Jersey governor's performance while panning that of the former Florida governor.

Thanks to everyone that participated in our overnight snap poll. While we eliminated obvious duplicate votes from the results, we do want to note that this is just a response by those that chose to participate, and not a random sample. 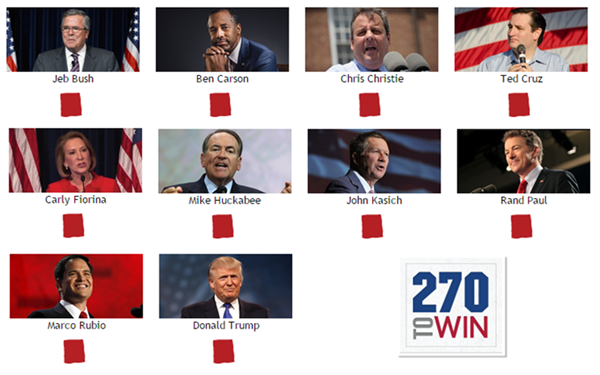 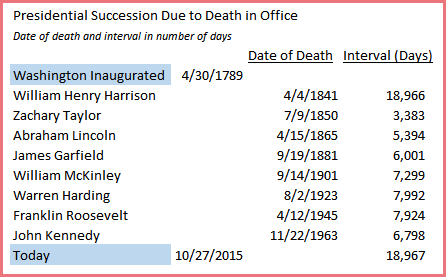 It's just one poll, and the result is within the margin of error, but Ben Carson comes out on top in the latest CBS News / New York Times poll of 2016 Republican candidates. Carson received 26%, while Trump saw 22% support. Aside from one poll at the beginning of October (that was an outlier compared to others at that time), Trump has led every national poll since the middle of July. The real estate investor maintains a 4.8% lead in the 270toWin polling average.

Is this new poll another outlier, or a start of a shift? Only time will tell. Carson has taken a more definitive lead in recent Iowa polls, but is not making much headway against Trump in New Hampshire polling. We may be seeing a voter split between states, depending on the composition of the population. Iowa has a much larger percentage of evangelical voters. Given that, it is worth pointing out, as we have done before, that while the national polls are interesting, they are irrelevant in that the choice of a nominee will emerge from individual state primary and caucus events. Iowa and New Hampshire kick off the 2016 election calendar next February.

Returning to the CBS/NYT poll, no other candidate saw over 10% support, with Rubio, Bush and Fiorina filling out the top 5 at 7-8%. Interestingly, Ted Cruz received only 4% support in the poll; he's usually a few points higher. Given their appeal to many of the same voters, it is possible that at least some of Carson's gain could be coming at the Texas Senator's expense.

The third sanctioned Republican presidential debate will take place this Wednesday in that hotbed of conservatism, Boulder, Colorado*. The two-hour debate will be hosted and telecast by CNBC at 8PM ET. As befits that network, the debate will focus on jobs and the economy.

This article recaps what each candidate needs to do to succeed in the debate.

An earlier forum will include Graham, Jindal, Pataki and Santorum, all polling under 1%. Gilmore was not invited.

* Just kidding on the conservative part; Boulder is one of the more liberal places in the country. Obama defeated Romney in Boulder County by 70-28% in 2012 vs. 51-46% statewide).

Separately, it was announced today that CBS and Twitter will team up for the second Democratic debate, to be held November 14th in Des Moines, Iowa. CBS will telecast the debate, hosted in conjunction with the Des Moines Register. Twitter will provide CBS will real-time data and insights during the debate, as well as questions from voters. This is the first debate where Twitter will have an official presence. 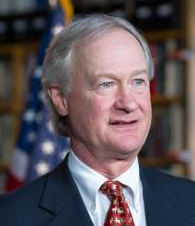