Rep. Thomas Garrett of Virginia, reversing an announcement he made last week, said he would not run for a 2nd term in Congress this November. Garrett cited a personal battle with alcoholism in his decision. He had also come under fire in recent days for reports that he and his wife regularly had staff members do personal tasks such as picking up groceries and pet waste.

Garrett's 5th congressional district is the largest, by area, in the state. The primarily rural district includes Charlottesville. Garrett won by 17% in 2016, while Donald Trump was beating Hillary Clinton within the district borders by 11%. Sabato's Crystal Ball has moved the race from likely to leans Republican due to the seat becoming open.  Whomever the GOP nominates will face Democratic nominee Leslie Cockburn in the general election. 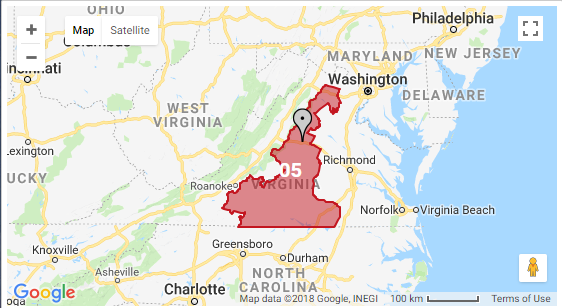 There are now 54 current members of the House not seeking re-election in November. This includes 37 Republicans and 17 Democrats.