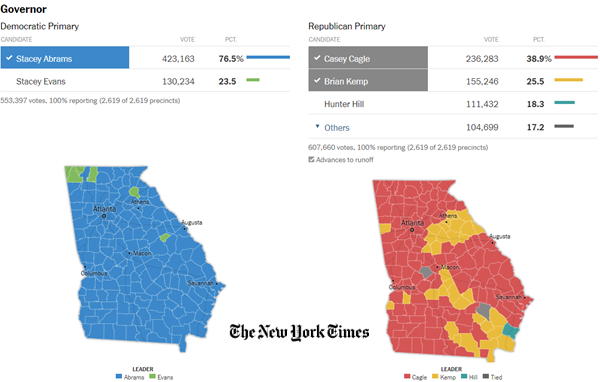 The Lone Star State held runoffs for those races where no candidate got a majority of the vote in the March 6th primaries. In the Democratic race for governor, Lupe Valdez prevailed over Andrew White. Like Abrams in Georgia, her nomination is historic: She's both the first Latina and first lesbian to win a major party gubernatorial nomination in the state. In a closely-watched 7th congressional district race, establishment candidate Lizzie Fletcher defeated activist Laura Moser. Fletcher will take on nine-term incumbent John Culberson for this Houston-area seat. It is one of the few competitive races across the state's 36 districts. 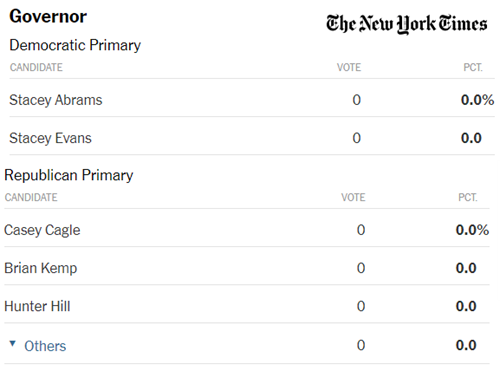 Arkansas:  Polls close at 7:30 Central (8:30 Eastern), with first results about 15 minutes later. Gov. Asa Hutchinson is likely to be renominated, although is facing a challenge from the right. Whomever prevails is expected to win in November.

Texas: Polls close at 7:00 local time, which is 8:00 or 9:00 Eastern, for those in the Central or Mountain time zones, respectively. with results expected shortly thereafter. Results should begin arrive shortly thereafter. These are runoffs for races where no candidate received 50% in the March 6th primary. 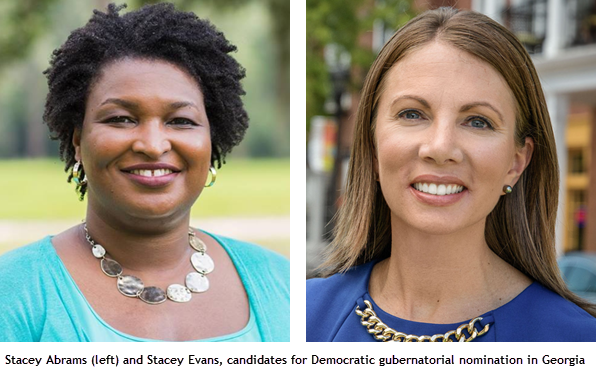 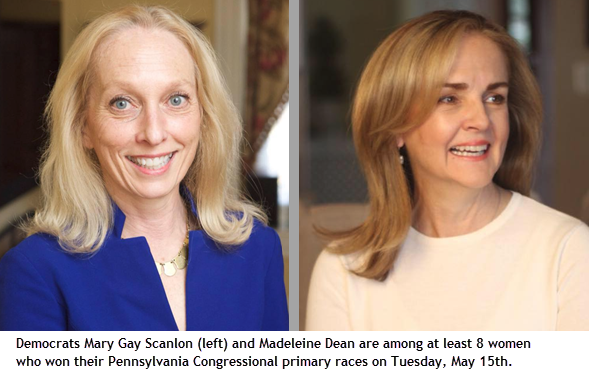 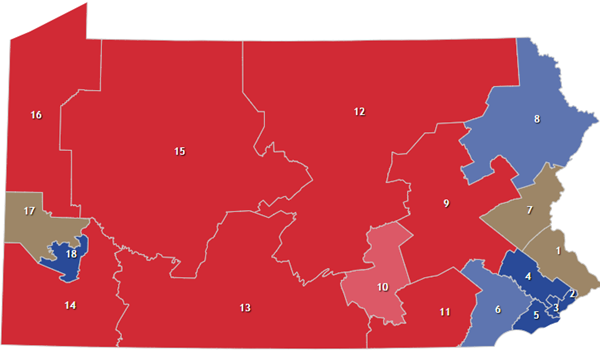 Click the map to create your own at 270toWin.com
There are 903 days until the 2020 presidential election. 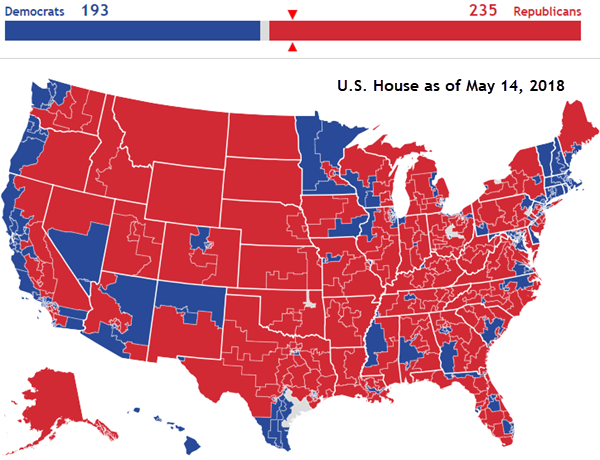 On Tuesday, North Carolina Republican Rep. Robert Pittenger lost his battle for renomination to pastor Mark Harris. He is the first House incumbent to lose a primary challenge this year. With this involuntary retirement, there are now 54 current members of the U.S. House not running for re-election to their seats this November.

Of the 54 departures, 11 were running for U.S. Senate at the beginning of the week. That number is now eight, as three of the four that had primaries on Tuesday were defeated. In Indiana, Reps. Todd Rokita and Luke Messer were defeated, as was Rep. Evan Jenkins in West Virginia. Only Rep. Jim Renacci of Ohio moved on to the general election.

The full list of retirements has been updated. Note that one of the 54, Rep. Charlie Dent of Pennsylvania is expected to resign in the upcoming weeks.

Results of some key races. Use the state links further down on the page to see vote tallies

The New York Times has pages set up to track the results for today's primaries in West Virginia, Ohio, Indiana and North Carolina. Click or tap the state name below. All times are Eastern.

In addition to the statewide races mentioned below, there will be primaries for the U.S. House, and various state/local races.

Ohio:  Polls close at 7:30; results should begin to arrive by 8:00 PM.  Five candidates are vying for the Republican U.S. Senate nomination. Incumbent Democratic Sen. Sherrod Brown has no opposition. Both parties have a competitive primary for governor; incumbent John Kasich cannot run due to term limits. There's also an interesting question about redistricting that is being voted on. The current process has left the Buckeye State as one of the most gerrymandered in the country.

Indiana:  Polls close in most of the state at 6:00 PM; the Central Time Zone areas close at 7:00 PM. As in West Virginia, three Republicans are battling for the nomination. Democratic Sen. Joe Donnelly is running uncontested.

North Carolina: Polls close at 7:30 with results expected shortly thereafter. Neither U.S. Senate seat is up in 2018.