Who Won the Debate? Vote in our Straw Poll!

Who won the first presidential debate? Vote in our straw poll. We'll publish results on Tuesday. 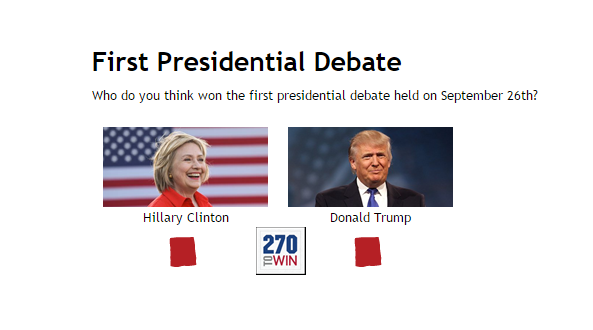