We've launched the remaining interactive historical maps. These 57 maps let you alter the course of history by changing the outcome of any prior presidential election. You can modify results, winners and election participants. 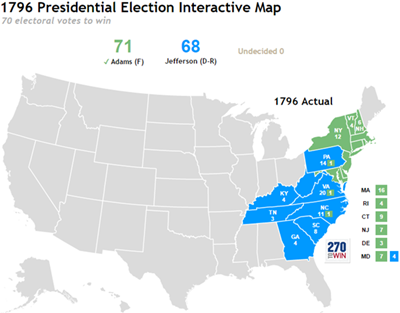 The first election decided in House of Representatives: 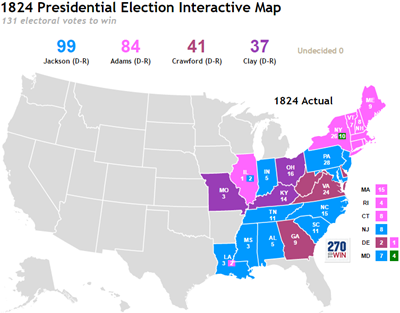 Abraham Lincoln is elected on the eve of Civil War: 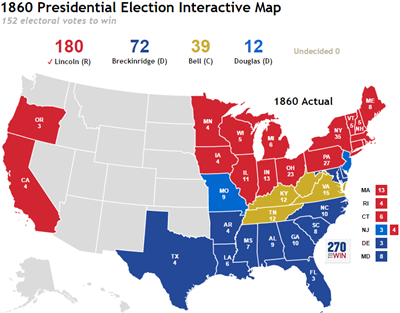 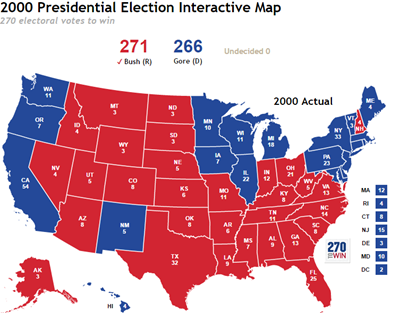