Cruz Exceeds 50% to Sweep All Utah Delegates; Gets Bush Endorsement

Ted Cruz easily won the Utah caucuses on Tuesday night; easily surpassing the 50% threshold to win all of that state's 40 delegates. He also won the support of a delegate in the American Samoa caucus. Unfortunately for the Texas Senator, Donald Trump increased his delegate lead slightly by taking Arizona and its 58 winner take all delegates.

Cruz now needs to win about 82% of the remaining delegates to win the nomination outright before the Cleveland convention.

Separately, Jeb Bush endorsed Cruz this morning. In his endorsement, Bush said "For the sake of our party and country, we must move to overcome the divisiveness and vulgarity Donald Trump has brought into the political arena, or we will certainly lose our chance to defeat the Democratic nominee and reverse President Obama’s failed policies.”

A summary of the overnight delegate counts thus far: 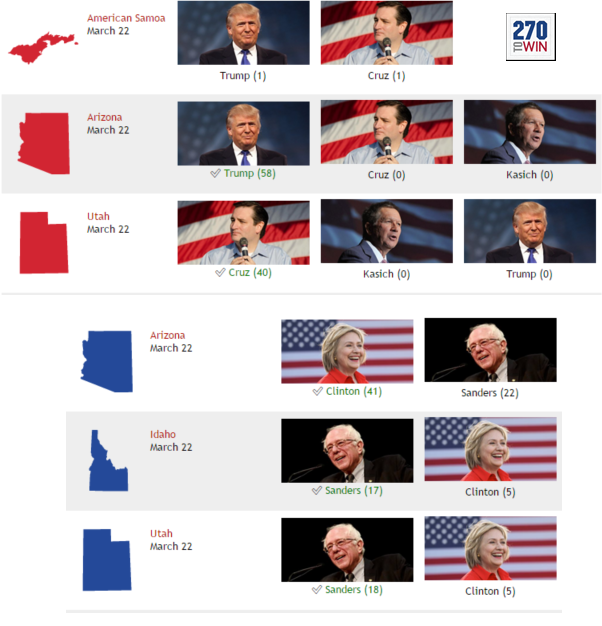