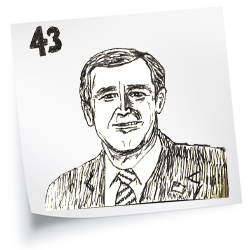 Bill Clinton, the incumbent President, was vacating the position after serving the maximum two terms allowed by the Twenty-second Amendment. Bush narrowly won the November 7 election, with 271 electoral votes to Gore's 266 (with one elector abstaining in the official tally).

The election was noteworthy for a controversy over the awarding of Florida's 25 electoral votes, the subsequent recount process in that state, and the unusual event of the winning candidate having received fewer popular votes than the runner-up. It was the closest election since 1876 and only the fourth election in which the electoral vote did not reflect the popular vote. 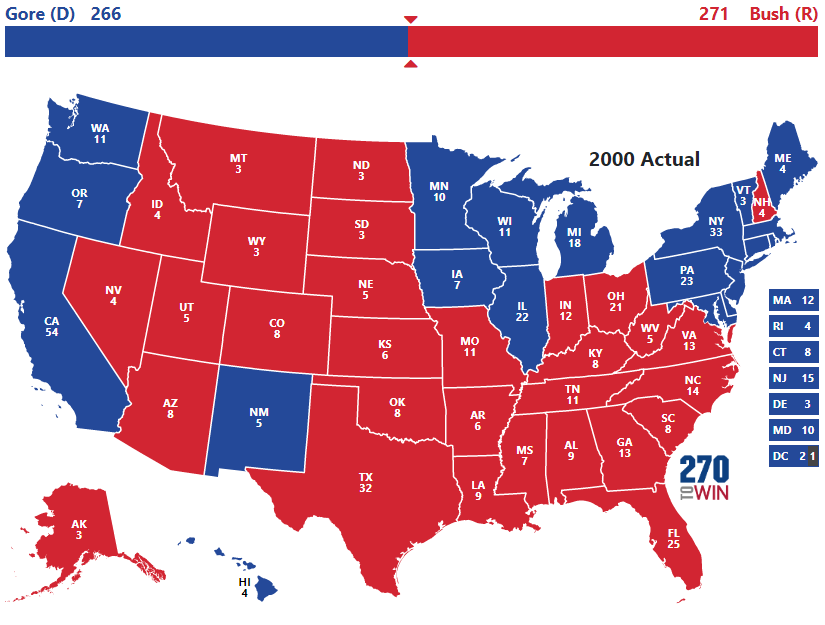 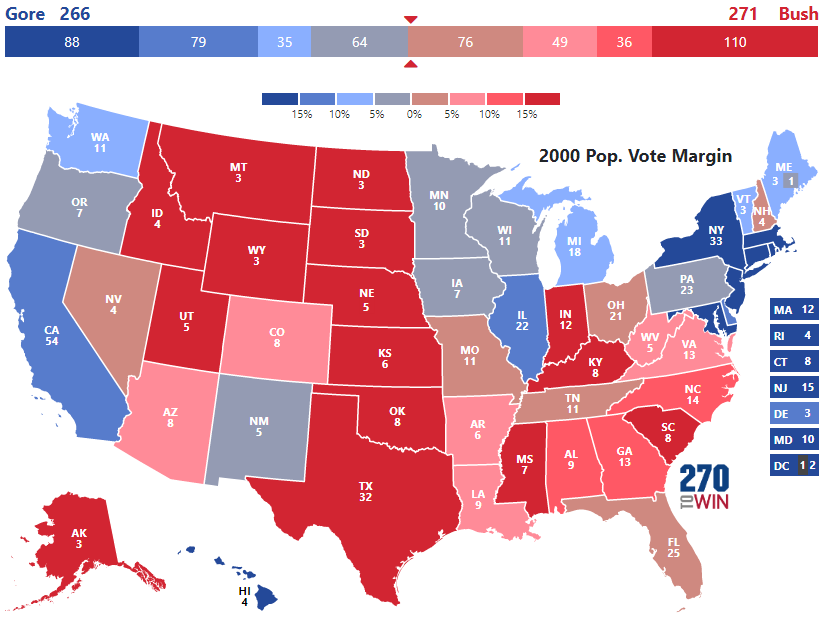