The maps on this page show the popular vote percentage difference between the Republican and Democratic candidate in each state. It is a way to see the relative competitiveness of states as well as the change in states over time. For example, note how much darker the map is in 2012 vs. 1996, even though the 2012 race was closer in the electoral vote. In fact, only four states were decided by 5% or less in 2012. Change the year to display a different presidential election. 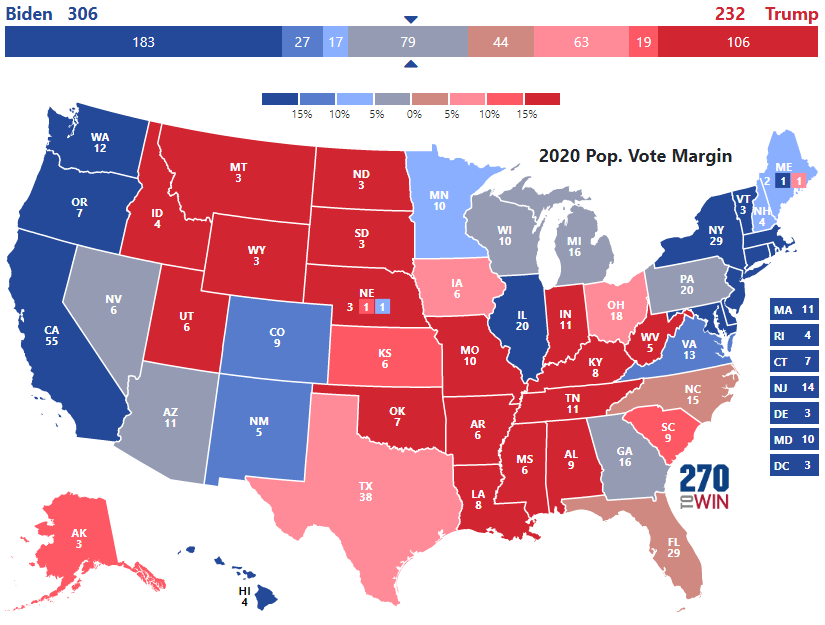