Louisiana: Barring any changes from expected litigation, congressional redistricting in Louisiana is complete. On March 30, the Republican-controlled Legislature overrode the veto of Democratic Gov. John Bel Edwards. The new district shapes have been added to the 2022 House Interactive Map.

The new map largely maintained the status quo of the last decade, which translates to five seats for Republicans and one for Democrats. None of these are competitive from a party control perspective. Democrats, led by Edwards, had wanted the new map to include a second majority-minority district given that Blacks now comprise about 33% of the state's population. 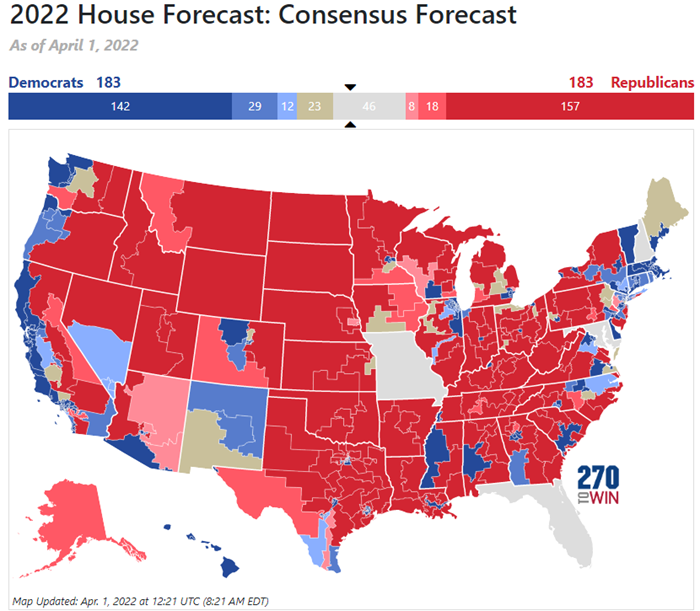 New York: On Thursday, a judge threw out the state's enacted congressional map, calling it a partisan gerrymander in violation of the State Constitution. The decision will be appealed. As a stay of the court order is expected while the higher court adjudicates, the district shapes will remain on the interactive map for the time being.

Ohio: It looks like the Legislature's second enacted congressional map will stand for the midterm elections, despite it being only slightly fairer than the one the Supreme Court tossed out in January. The court has yet to rule on the new map, and has now set a timeline for hearing the case that takes any decision past the state's May 3 primary. These shapes were previously added to the House Interactive Map.

Four states, with 46 total districts, have yet to complete congressional redistricting.