A judge in the Maryland Court of Appeals has invalidated the state's recently-enacted congressional map, labeling it a Democratic gerrymander in violation of the state's Constitution. The court gave the General Assembly until March 30 to draw a new map and scheduled a hearing for April 1.

The state may appeal the ruling.

Republican Gov. Larry Hogan welcomed the ruling. In December, Hogan vetoed the map sent to him by the Assembly. His veto was overridden and litigation ensued.

The invalidated map (shown below with consensus ratings) maintained seven safely Democratic seats, while shifting the only GOP-held seat significantly to the left. 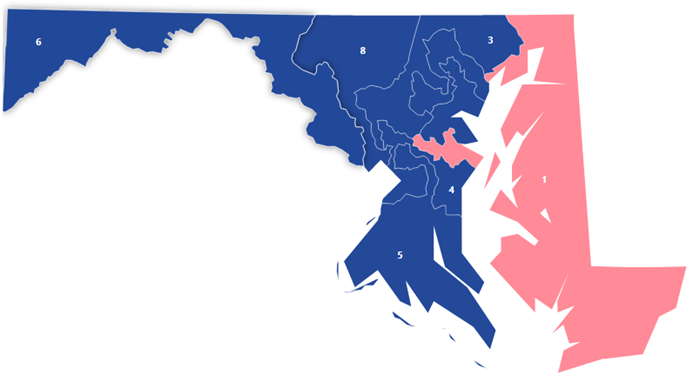 The Maryland primary is scheduled for July 19, having recently been pushed back from late June.

Pending resolution, Maryland's district shapes have been removed from the 2022 House Interactive Map.