In a 5-4 decision, the U.S. Supreme Court reinstated Alabama's previously enacted congressional map, allowing it to be used for the state's upcoming primary election and the November midterm elections.

The Justices issued a stay on a January 24 preliminary injunction by a lower court.

While Alabama's new map is little changed from the one in place for the past decade, the earlier ruling had said that it likely violated the Voting Rights Act. Under the plan, Black voters would only having the opportunity to elect one representative of their choice, despite comprising 27% of the population.

The Supreme Court did not rule on the claim itself and will hear arguments over the map at a later date. The stay, at least in part, was driven by the calendar. From the ruling:

"The stay order is not a ruling on the merits, but instead simply stays the District Court’s injunction pending a ruling on the merits. The stay order follows this Court’s election-law precedents, which establish (i) that federal district courts ordinarily should not enjoin state election laws in the period close to an election, and (ii) that federal appellate courts should stay injunctions when, as here, lower federal courts contravene that principle."

The districts have been added back to the 2022 House Interactive Map. The consensus map is below; click for an interactive version. 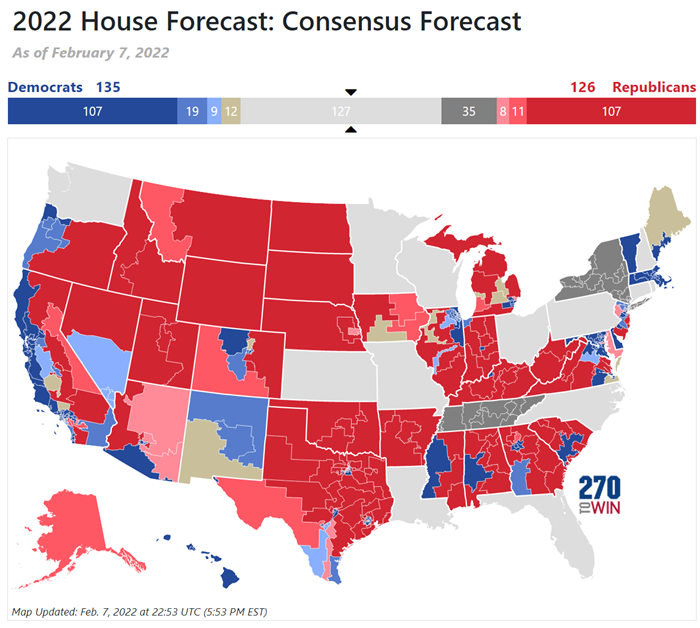