New York Gov. Kathy Hochul (D) has signed the state's new congressional map into law, one day after the plan was approved by the Democratic-controlled state Legislature. The new map has national implications, singlehandedly improving Democratic prospects to keep control of the U.S. House.

Democrats currently hold a 19-8 margin in the House delegation. As we wrote the other day, the new map will leave the Party well-positioned to gain up to three additional seats.  Those GOP-held Districts are 1 (Long Island), 11 (Staten Island), and 22 (Central New York). The state is also losing a district meaning Democrats could control as many as 22 of 26 seats next year. For a more granular look at the state of play in each new district, see these analyses by David Wasserman for The Cook Political Report ($) and Harrison Lavelle for SplitTicket.

The New York shapes have been added to the House Interactive map. 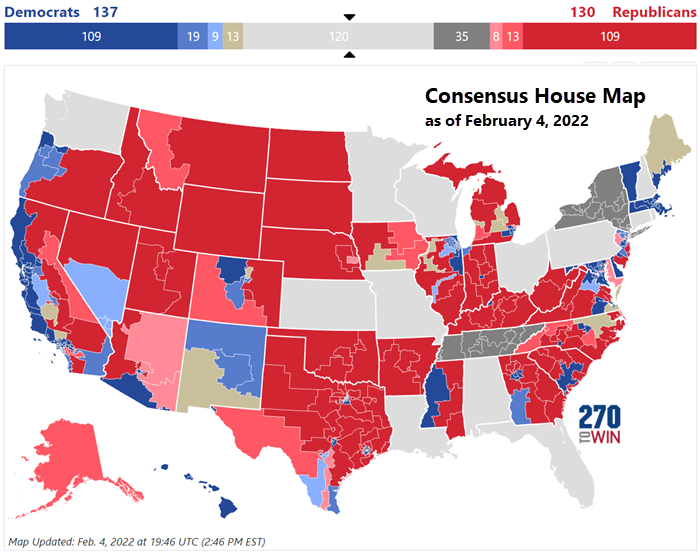 13 states, with 120 total districts have yet to complete congressional redistricting.  The two largest, Florida and Pennsylvania, combine for 45 (38%) of these districts.