A series of polls from NBC News, The Wall Street Journal and Marist provided mostly positive news for for frontrunners Donald Trump and Hillary Clinton heading into Tuesday's primaries in Florida, Ohio & Illinois. There was also some good news for Ohio governor John Kasich as he holds a small lead in that state's crucial winner take all vote. On the Democratic side, Bernie Sanders is polling just behind Clinton. 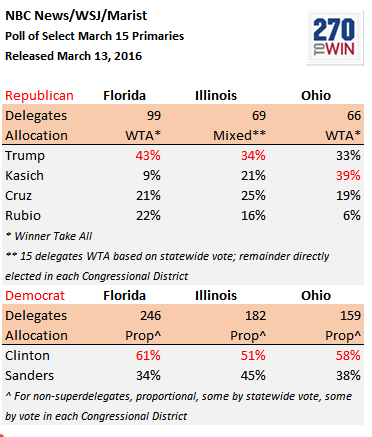