Less than a week out from the presidential election, The Cook Political Report has moved Texas to Toss-up status. The Lone Star State hasn't voted for a Democratic presidential nominee since 1976 (Jimmy Carter) and hasn't elected a Democrat to any statewide office since 1994. However, recent elections have been increasingly competitive. Donald Trump's nine-point win in 2016 was the smallest GOP margin since 1996. In 2018, Sen. Ted Cruz narrowly won reelection, defeating Beto O'Rourke by about 2.6%.

The president currently holds a one-point lead in the 270toWin polling average, reflecting recent polls that have ranged from a Trump lead of five points to Biden being ahead by three.

The updated Cook electoral map is below. Click or tap for an interactive version. 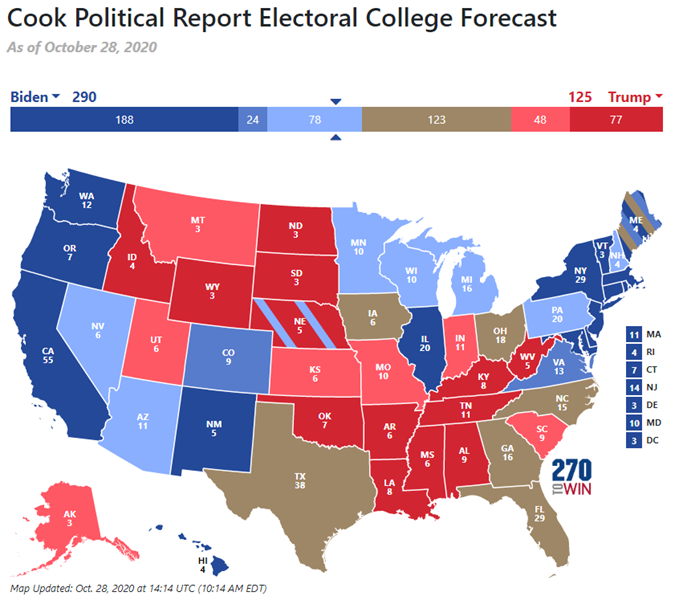