With 100% of precincts now reporting, Pete Buttigieg has emerged from the Iowa caucuses with the most delegates to the national convention. 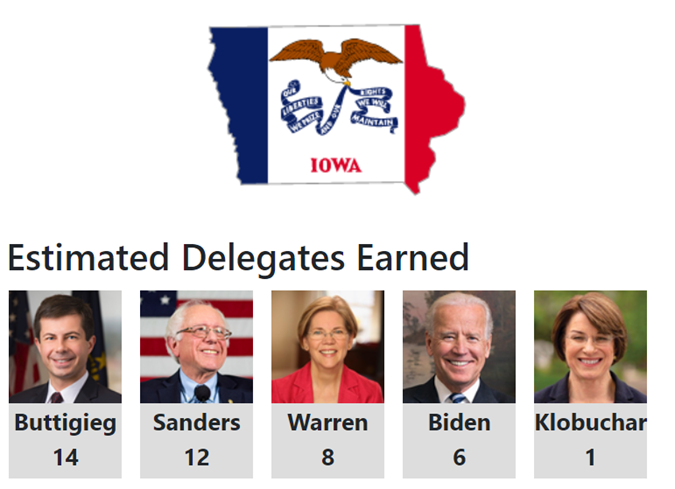 Buttigieg won 26.2% of state delegate equivalents, edging Sanders who had 26.1%.  That translated into a 14-12 edge for the former South Bend mayor. Elizabeth Warren had 18%, good for eight delegates while Joe Biden with 15.8% was fourth. Amy Klobuchar was fifth with 12.3%. Despite being below 15% statewide, she had enough strength in parts of the state to secure a single delegate.

No winner has been declared by the Associated Press. It cited the close margin and inconsistencies in results.

The New Hampshire primary is up next on Tuesday. Polling indicates Sanders and Buttigieg are running ahead of the field here.