The Cook Political Report is out with their first look at the 2020 electoral map. Click or tap it to create your own 2020 presidential election forecast. 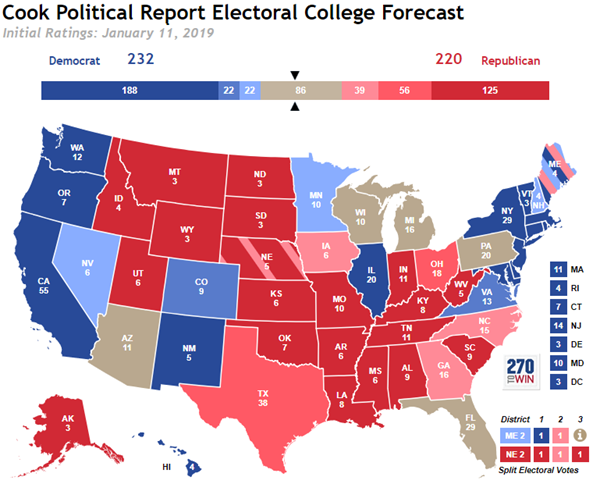 Seems to be a reasonable baseline map based on 2016 and the midterms, but the political environment could be completely different by 2020 - if not sooner. We do note the toss-up states of Michigan, Pennsylvania and Wisconsin. These were previously 'blue wall' states that Donald Trump flipped in 2016 on his way to victory. The margin in each of those states was under 1%. If the 2020 election is competitive, those states - as well as Minnesota - will go a long way to determining Trump's reelection prospects.