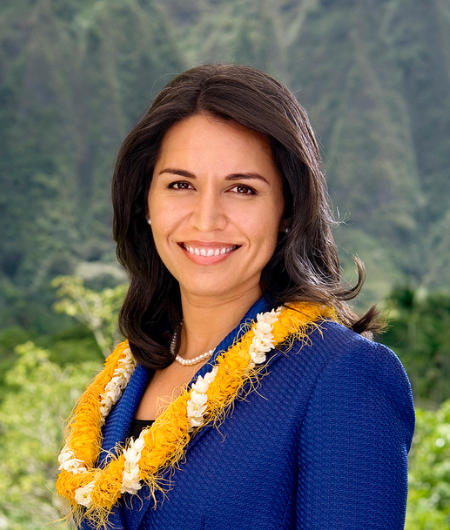 Rep. Tulsi Gabbard of Hawaii will seek the Democratic nomination in 2020, it was reported Friday. Gabbard will make a formal announcement within the next week.

Gabbard is in her 4th term representing Hawaii's 2nd congressional district. If her presidential bid is successful, she will be the youngest president in U.S. history -- 39 years old on Inauguration Day in 2021.  The record is currently held by Teddy Roosevelt, who was 42 when he ascended from the vice-presidency in 1901 after the assassination of William McKinley. The youngest elected president was John F. Kennedy, 43 years old when inaugurated in 1961.  President Trump is the oldest --- age 70 when he took the oath of office in 2017.

Meanwhile, Julian Castro, the HUD Secretary under President Obama and former Mayor of San Antonio, is expected to announce his 2020 candidacy in that city Saturday morning.