In California, Too Many Democratic Challengers May Send More Republicans to Congress

In the race for control of the House, there is clearly a lot of energy on the left in 2018. Historical trends, number of Republican retirements and challengers in almost every seat held by the GOP all point to Democratic gains in Congress after this year's midterm elections. 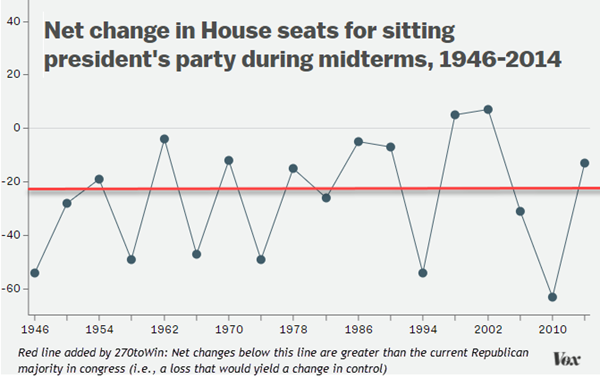 Despite all these tailwinds, a Democratic takeover of the house is by no means assured. To that end, the party will certainly want to avoid any 'unforced errors' in their efforts to reach that goal. And that brings us to California.

In California, this heightened level of interest may actually work to send more Republicans to Congress. As the Wall Street Journal reports, "California’s quirky primary system sends only the two candidates with the most votes, regardless of party, to a general-election runoff. In a year when Democrats are lining up in droves to challenge Republicans in the midterm elections, there is mounting concern among California Democrats that too many candidates are running in key races, potentially ruining their electoral opportunity."

The Journal identified eight districts where this might happen. Of those eight, four look to be pretty safely Republican, even if a Democrat makes the top two. However, the other four are highly competitive, with three rated toss-up and one actually leaning Democratic, according to Sabato's Crystal Ball. All four of these Republican-held districts were won by Hillary Clinton over Donald Trump on the presidential side. Two of the four Republican incumbents are retiring. 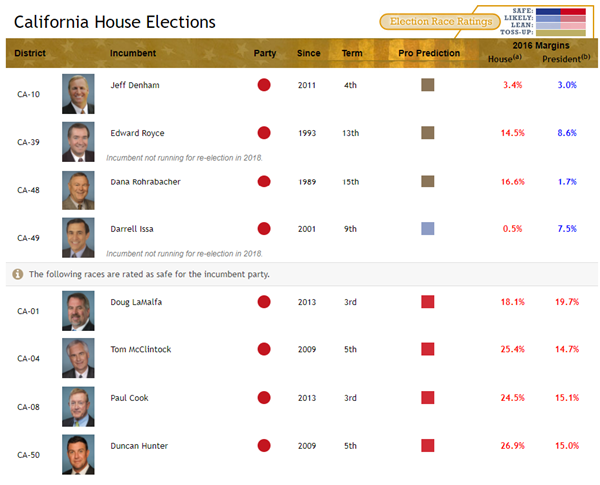 It is quite possible that by the time the state's primary takes place on June 5th, Democrats will coalesce behind their strongest candidate in some or all of these districts, but that remains to be seen. Of the state's 53 districts, 39 are currently held by Democrats.