Members of the U.S. House of Representatives Not Seeking Reelection in 2018

All 435 House seats will be contested in 2018, as they are every two years. The following table reflects current incumbents that have announced they will not seek another term or who lost in their party's primary for renomination. 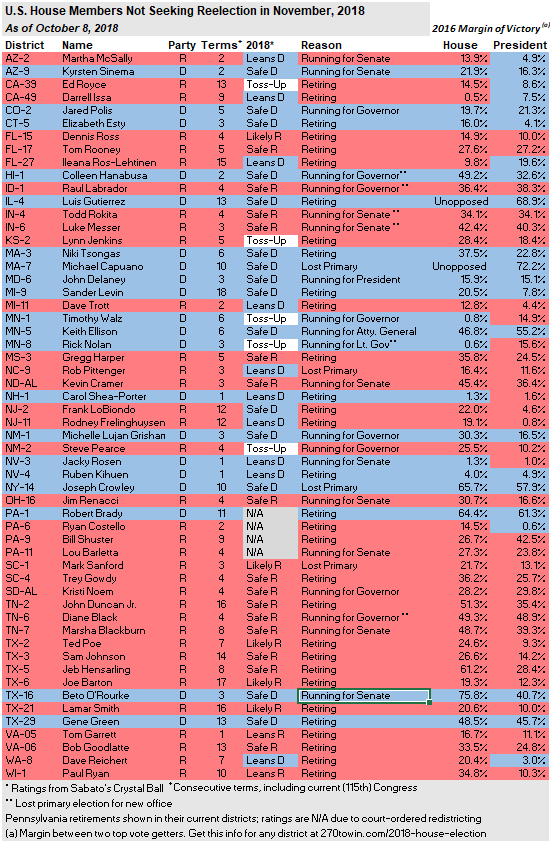 In addition, there are seven vacancies in the House:

Note that the Pennsylvania special elections will take place within the current congressional district borders, not those created by redistricting.