Poll releases are generally less frequent on the weekend. Not the case on this, the 2nd to final weekend before the 2016 presidential election. The graphic below shows what we've seen this Sunday morning as of about 9:45 Eastern Time. Click it for all the most recent polling (both president and Senate). Click a row to see all the polling for that state.

In terms of the polling electoral map, there has been little change in where states fall (toss-up, leaning etc.)  However, Trump has regained a very small lead in Arizona, moving it to red in our 'no-tossups' polling map (below). This map shows which candidate is ahead in the polling average, regardless of how large or small that lead is. 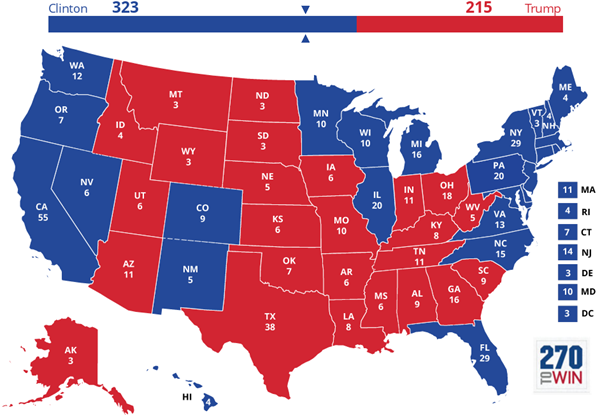