State of the Race in 3 Maps

These are three of the more popular maps on 270toWin; here they are as of October 26th.

Click or tap any of the maps for more detail and an interactive version.

Consensus Pundit Map: This is the composite Election Day forecast of 15 organizations. For purposes of this map, only states rated safe by at least 13 pundits are shown in the darkest shade of red or blue. 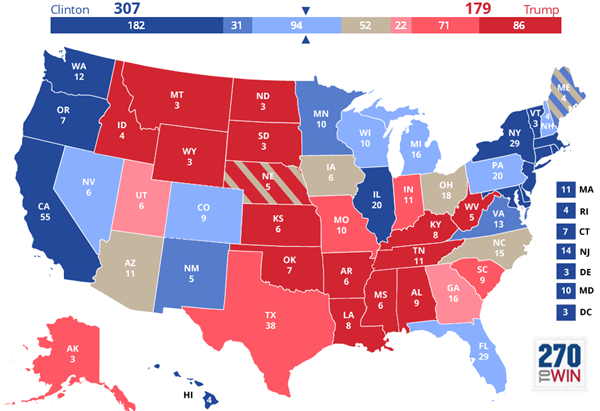