About a dozen states have had one or more polls released since the beginning of October. It's a good mix of battleground states, along with some states that haven't been polled very much. Generally speaking, for a given state, Clinton outperformed the polling average during this period, although the overall electoral map based on polls has not changed much. 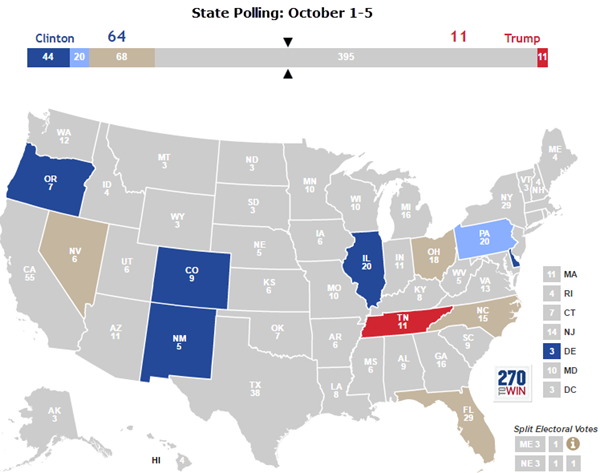 Coloring reflects the survey results. Within five points is shown as toss-up, while a spread of greater than 10 points yields the darkest blue/red. The lighter blue/red is for spreads of 6-10 points. If there was more than one poll of a state during the five-day window, we categorized based on the average.

He becomes the fifth Republican to retire this cycle