The first post-debate battleground polls are out today, courtesy of Public Policy Polling. The firm surveyed five states, with Hillary Clinton leading by three to seven points in a two-way race; two to six points when 3rd party candidates are named. In all five states, by a margin of about 20 points, respondents felt Clinton was the winner of Monday's debate.

These results are not too far out of line with the polling averages for these five states which, aside from Virginia, remain toss-ups on the electoral map based on polls. 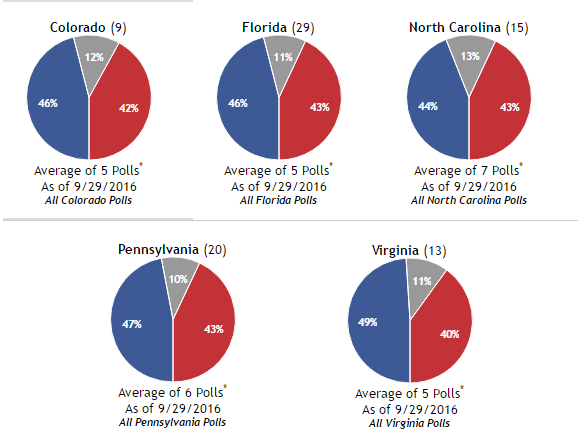