Clinton Leads by 19 in Virginia Poll; State Moves to 'Safe' in Polling Map

Hillary Clinton has opened up a 19 point lead over Donald Trump in Virginia, a new poll from Roanoke College finds. This is the fourth August poll finding the Democratic nominee with a double digit lead. When 3rd party nominees are included, the lead is 16 points. The last time Roanoke surveyed the Commonwealth, back in May, the race was tied. 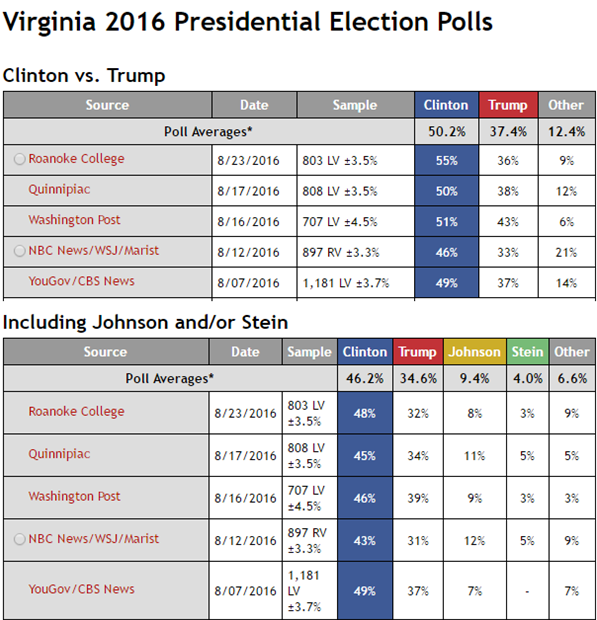 Clinton's average lead over Trump is now well over 10%, placing the state into the 'Safe Clinton' category in the Electoral Map Based on Polls. It is worth noting that Virginia was one of only four states decided by 5 points or less in 2012. The last time Virginia was decided by 10 points or more was when George H.W. Bush defeated Michael Dukakis by about 20% in 1988. The last time a Democrat won by 10 points here was in 1944, when FDR won by 25% over Thomas E. Dewey.