A new Georgia poll from the Atlanta Journal-Constitution gives Hillary Clinton a four point lead in a head-head match-up with Donald Trump. When 3rd party candidates are tested, the lead is three, with Libertarian Gary Johnson breaking into double digits at 11%.

Overall, the state is a dead heat, according to the 270toWin Polling Average. 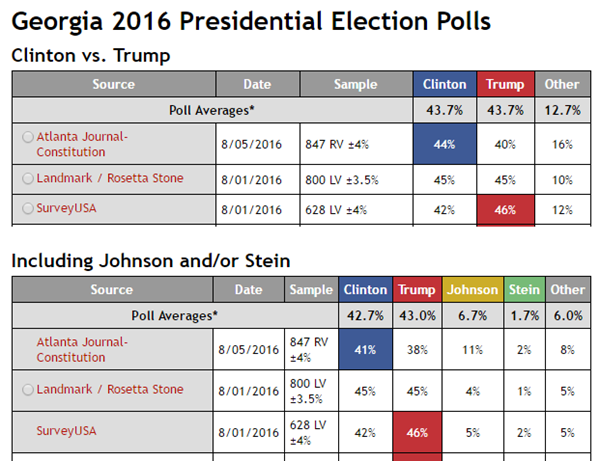 Georgia has not voted for the Democratic nominee since 1992, when Bill Clinton won the state on the way to winning his first term over incumbent George H.W. Bush. Clinton won the state by just 0.6%, the closest state race that year. Interestingly, it was also the last time a 3rd party candidate received a double digit share of the popular vote. Ross Perot won 13.3% of the vote that year in Georgia, 19% nationwide.