Highlights from the March 15 primaries: 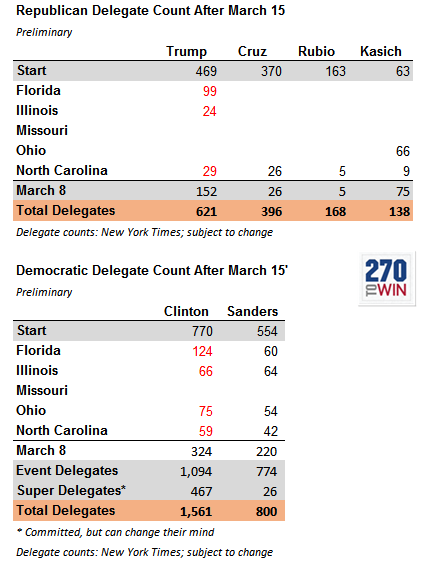