On the Republican side, Donald Trump won events in Hawaii, Michigan and Mississippi, with Ted Cruz winning Idaho. Marco Rubio finished no better than 3rd, earning no delegates for the evening. 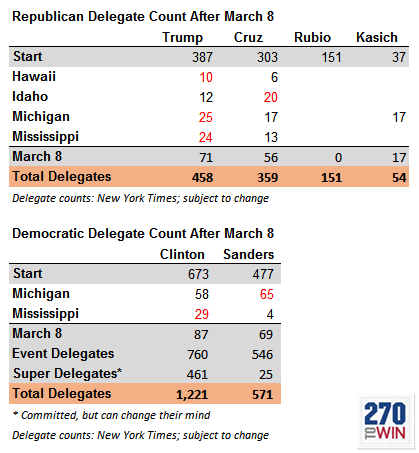