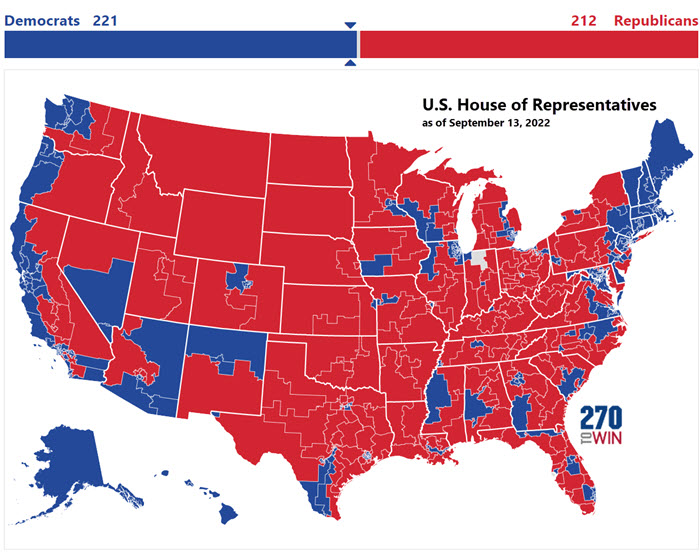 The remaining vacancies are in Indiana and Florida. Republican Jackie Walorski (IN-02) was killed in a car accident early last month. The seat will be filled via special election on November 8. Democrat Charlie Crist (FL-13) resigned at the end of August to focus on his campaign for governor. This seat will remain open until the new Congress is seated in January, 2023.

An additional vacancy is expected by the end of the month. Democrat Ted Deutch (FL-22) previously announced he would resign early to become CEO of an advocacy group.