With three incumbents going down to defeat in primaries earlier this week, the total number of U.S. House retirements has grown to 58 current members. That's over 13% of the 435 seat chamber.

The list includes 34 Democrats and 24 Republicans. 17 of those are seeking another office, while eight - five Republicans and three Democrats - lost renomination. 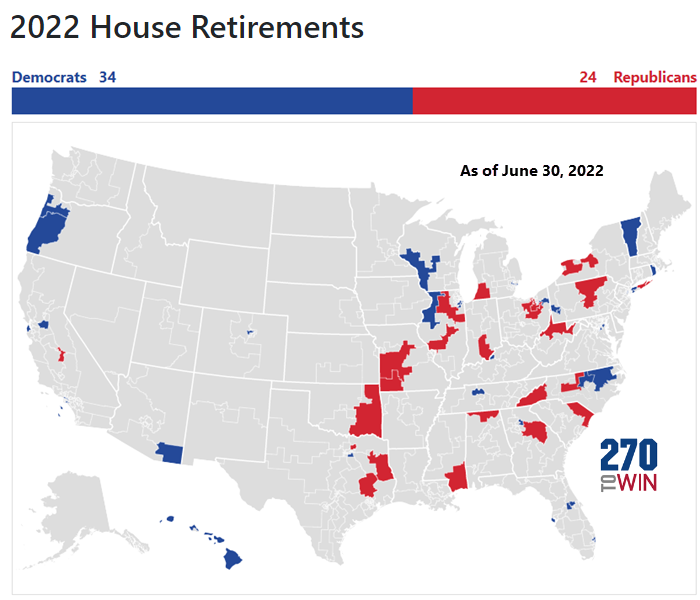 The list of retirements will grow by at least two over the next couple of months. Democratic member vs. member primaries, caused by redistricting, will take place in MI-11 and NY-12.