New Hampshire is the only state without an active map. The latest proposal was approved by the Legislature; Gov. Chris Sununu has not indicated if he will sign it. The Legislature and Governor have been at odds, with Sununu preferring both districts be competitive, as has been the case in the past. The Legislature is attempting to make both district more partisan, to increase the likelihood of a GOP victory in District 1. The State Supreme Court has also weighed in, imposing a June 1 deadline after which the justices will draw the maps.

Litigation remains active in some other states, most notably in Florida. Given calendar realities, it is becoming less likely that any of those efforts will affect the maps in place for this year's elections.

With New York redistricting complete, forecasters are issuing their initial ratings. The Consensus Map has been updated to reflect these changes. 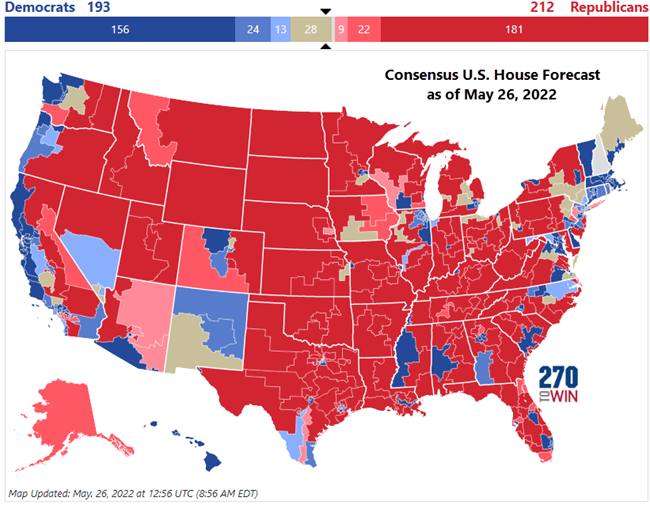 We have a blank 2022 map, for those that want to build a forecast from scratch. In the Competitive Map, districts are shown as red or blue except where one or more forecasters has rated the district as something other than 'safe'. As of now, 96 of the 433 districts with ratings fall in that category. These range from true toss-ups to those just barely on the competitive radar. New Hampshire will likely add one or two more, depending on where the line is drawn. 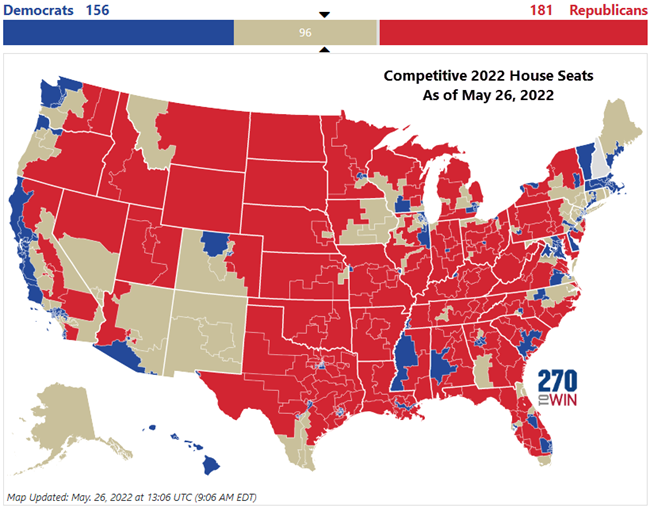 52 current members of the House - 33 Democrats and 19 Republicans - will not be standing for reelection in November.  17 of those are running for another office, while four have been defeated in party primaries. Click on the map below to see the full list. 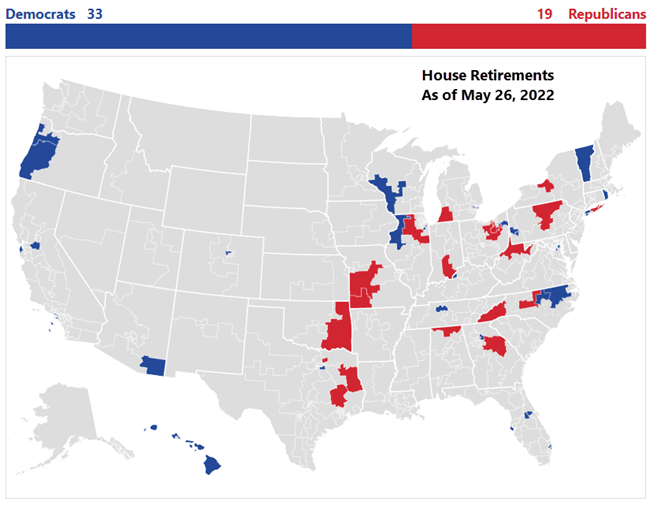 There are currently 220 Democrats and 208 Republicans in the House, along with seven vacancies.

* Party of prior incumbent