New Jersey's recently-approved congressional districts have been added to the 2022 House Interactive Map.

According to Politico, "Barring a massive wave election for either side, Democrats’ 10-2 majority in the New Jersey delegation is likely to shrink to 9-3 under the new map. That’s because the state’s 7th District, represented by Rep. Tom Malinowski, will shed Democratic areas to the benefit of three other previously-vulnerable Democratic incumbents." For a deeper dive into some of the more competitive districts, see this analysis from Split Ticket.

New Jersey is the 23rd multi-district state to complete redistricting. Six states have a single at-large district. Also included on the interactive map is redistricting approved by the legislatures of Arkansas and Georgia. While these await gubernatorial action (Georgia) or inaction (Arkansas), the new maps are all but certain to become law.

The map now includes shapes for 259 out of the 435 congressional districts. 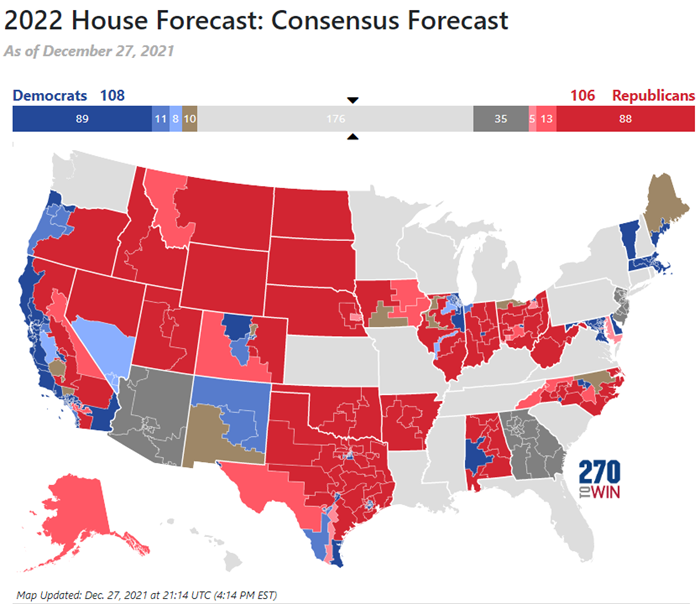