It will be a while before we know what the congressional district map will look like for the 2022 midterm elections. Each state with more than one district will go through a census-driven redistricting process later this year. This is not limited to states gaining or losing seats. As the detailed data needed for these efforts has been significantly delayed, many states won't have new maps finalized until sometime next year.

For purposes of actual representation, the current district boundaries will be in effect through the end of this Congress, with the new ones taking effect with the swearing in of the 118th Congress in January, 2023. You can look up your current elected officials here.

The 2021 House of Representatives Map lets you view the partisan composition of the House. The table below the map displays incumbent information, as well as the margin of victory this past November.1 1 Any subsequent elections, such as special elections for vacancies that occur, are not included. It also includes the margin within each district for the 2020 presidential election.

The default view is the 76 House races decided by a margin 10% or less. To view a different set of districts, you can do one of the following in the map area:

Interactivity for forecasting the 2022 elections will be added at a later date.

Click or tap the image to visit the URL. 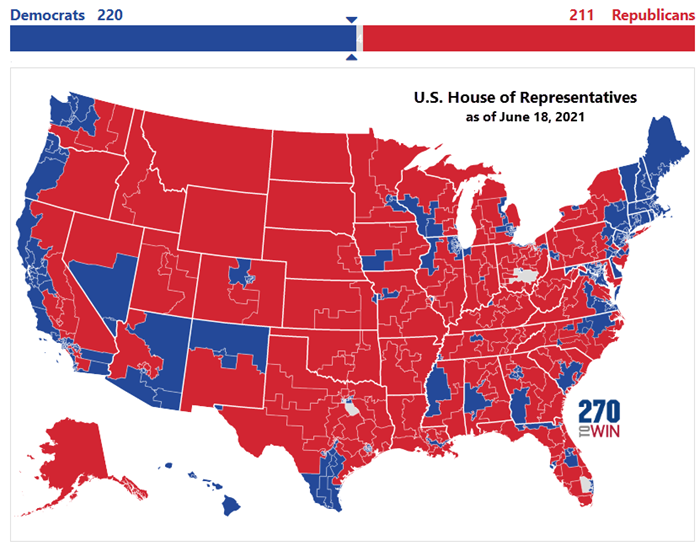