The Census Bureau announced Monday that the resident population of the U.S. on April 1, 2020 - the official date of the Census - was 331,449,281. The Bureau also released apportionment results for the 50 states.  This updates the number of congressional districts that each state will have over the next decade. That in turn updates the electoral map that will be used for the 2024 and 2028 presidential election.

We've updated the interactive electoral map to include both 2020 and 2024 numbers, as well as the ability to see the change associated with the apportionment. For example, taking the actual results of the 2020 election, the change map looks like this: 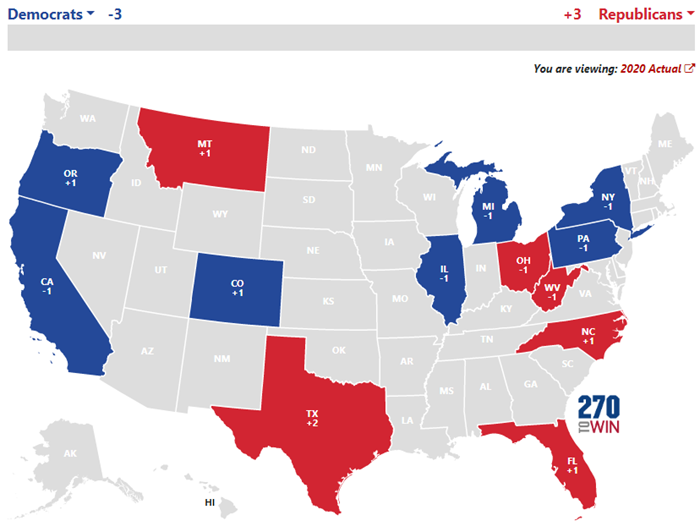 In the end, only 13 states saw a shift in congressional districts. Texas gained 2, and Florida 1. Earlier estimates had those states gaining 3 and 2, respectively. 11 other states gained or lost a district. Three states expected to lose a district - Alabama, Minnesota and Rhode Island - did not. Likewise, Arizona did not gain a district.