The Cook Political Report has updated its electoral college outlook, making for changes. The most significant of these has Florida moving from Toss-up to Leans Democratic.

In addition, Indiana, Kansas and Missouri were reclassified from Safe to Likely Republican.

The updated map is below; click or tap for an interactive version. 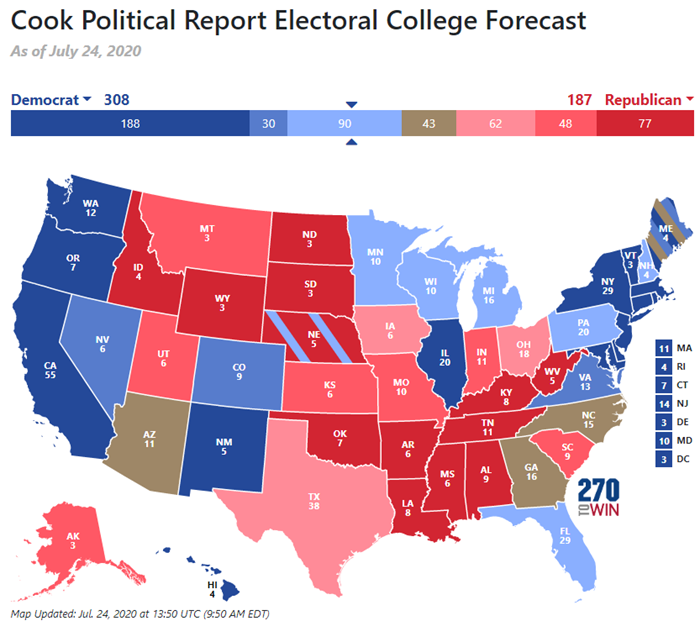 A few interesting contests, although the incumbent party is favored in November in all these races

The Road to 270: Texas
Polling Map with No Toss-ups
Delaware Wraps up the 2020 Primary Season: Overview and Live Results