Rep. Justin Amash of Michigan has become the first Libertarian member of Congress.  The move comes just days after the Republican-turned-independent announced his intention to run for president.  Libertarians will select a nominee at the party's convention, which begins May 22.

To focus on his presidential bid, Amash also announced last week that he would not stand for reelection to his current seat. This may have reflected a political reality - his prospects for winning a 6th term had grown dimmer. In addition, Michigan law precludes someone from running simultaneously for both offices.

With the move by Amash, the U.S. House now has 232 Democrats, 196 Republicans and one Libertarian. There are six vacancies. One of these, in Maryland's 7th district, will be filled by Democrat Kweisi Mfume, who won a special election there last week.  Special elections to fill two other seats are upcoming next Tuesday, May 12. These are in California's 25th district and Wisconsin's 7th district. 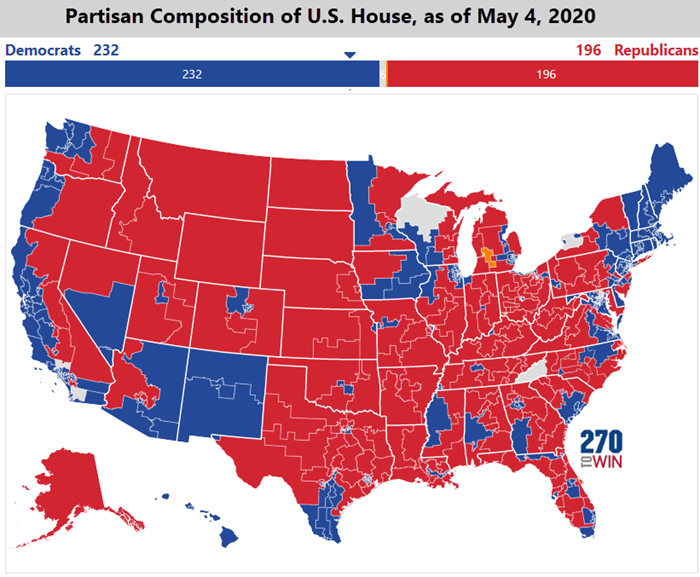