Illinois and Ohio (postponed) hold their regular primary elections as well. We'll have results for any contested congressional races.

1 Most of the state is in this time zone. Some results may display during this hour, but no race call will be made until all the polls are closed.

Joe Biden is polling well ahead of Bernie Sanders in each of three states going forward with their scheduled primaries. While Sanders is expected to earn delegates, the end of the night may see the former Vice-President's delegate advantage more than double.

For polling detail, see the Democratic nomination home page. Select a state on the map. To see delegate information for completed contests and create your own forecast, see the interactive delegate calculator. 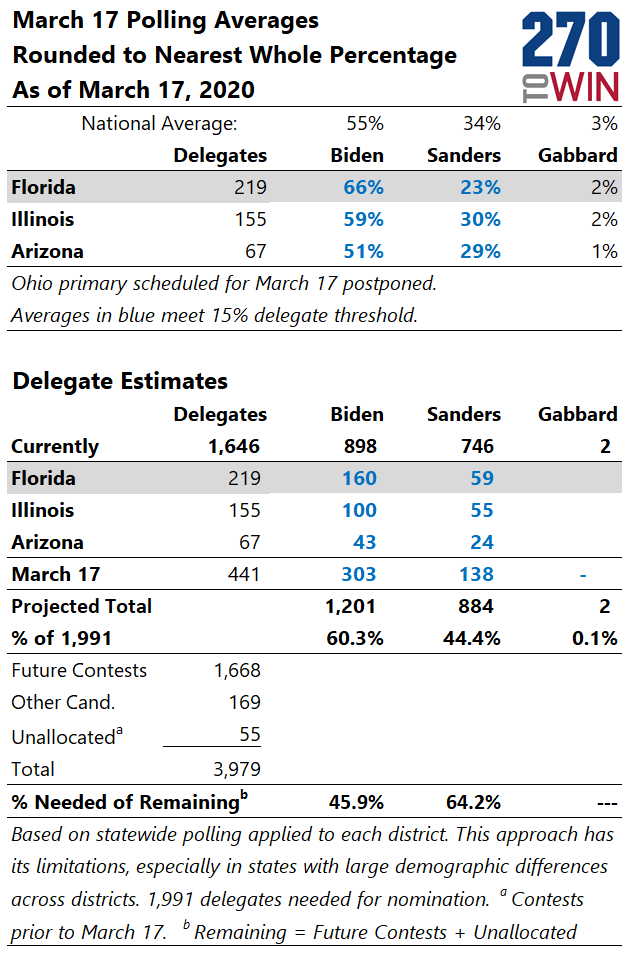 How to Watch Tuesday's Primaries Like a Pro - Politico provides an overview of the states voting today.