This Tuesday, Democrats in 14 states will go to the polls.  Collectively, they will award over one-third of all 3,979 pledged delegates available this year.  Here are the latest polling averages in each of those states, as of late Sunday morning, March 1.

For polling detail, click or tap the image below and select a state on the linked page. 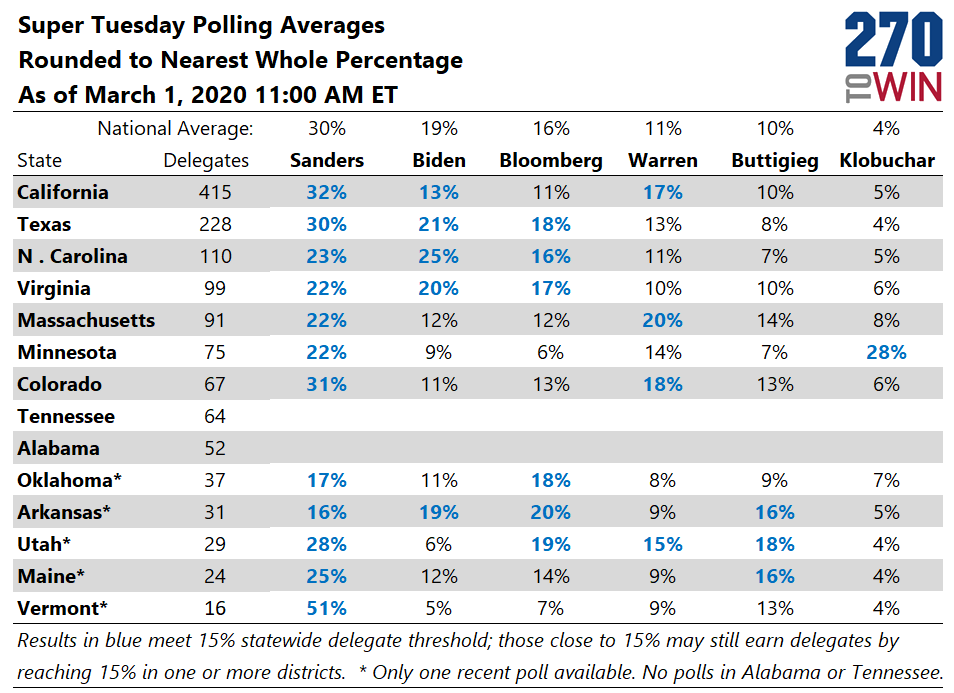