Rep. Ralph Abraham of Louisiana Will Not Run in 2020

GOP Rep. Ralph Abraham said Wednesday that he will not seek reelection in 2020.  In his announcement, Abraham cited a commitment he made as a candidate in 2014 to only serve three terms in Congress.  The decision also comes after an unsuccessful run for governor in 2019.

Today, I am officially announcing my retirement from Congress following the completion of my current third term. I am forever grateful to the people of Louisiana for entrusting me with their representation in the US House of Representatives. pic.twitter.com/qbsx3yJrTx

Abraham represents Louisiana's fifth congressional district, its largest one by area. It covers much of the northeastern part of the state, including the entire border with Mississippi. It is a safely Republican district; Abraham won his 2018 election by 37%, while Donald Trump defeated Hillary Clinton by nearly 30%. 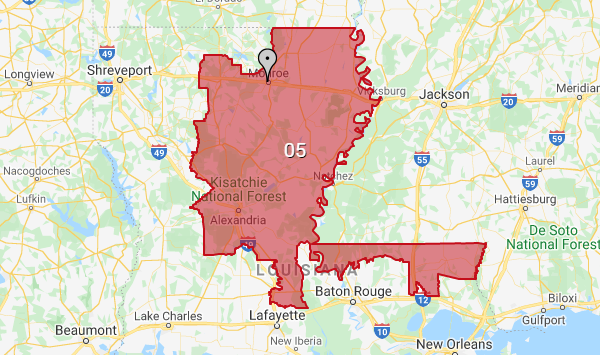 37 current members of the House have announced they are retiring or seeking another office in 2020.