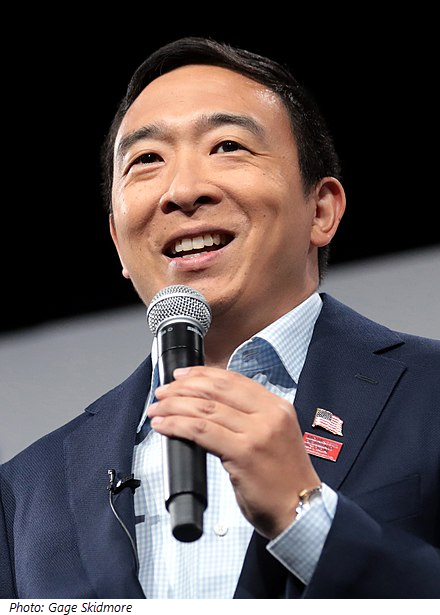 A 5% or higher result in two national polls released Sunday has qualified Andrew Yang for the next Democratic debate.  It will be held February 7, in Manchester, New Hampshire, four days before that state's primary.

Yang had missed the cut for the party's most recent debate, held January 14. He will join the six candidates who were on the stage that night: Joe Biden, Pete Buttigieg, Any Klobuchar, Bernie Sanders, Tom Steyer, and Elizabeth Warren.  The deadline for others to qualify is February 6.

Yang received 7% in an ABC News/Washington Post survey and 5% in a poll released by Fox News.  This gives him 4 qualifying national polls of 5% or more. The 7% mark is the highest level of support he has received thus far in any national poll accredited for the debates by the Democratic National Committee.

Related:  All the latest Democratic Primary and Caucus Polls