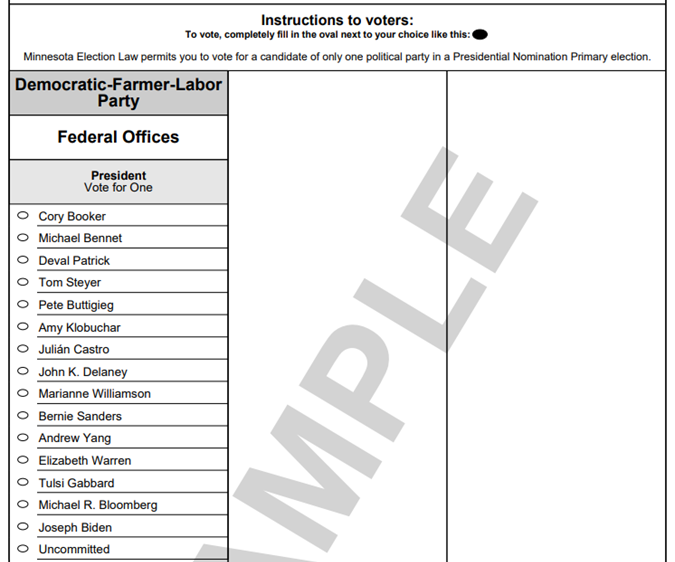 Although the official kick-off of the 2020 election calendar is Iowa on February 3, early in-person voting gets underway Friday in Minnesota.  The state's early voting period begins 46 days prior to an election. Vermont follows Saturday. Both states will hold their primaries on Super Tuesday, March 3.

Some absentee ballots have been mailed in New Hampshire and North Carolina. Many more states will provide in-person and/or absentee early voting in the weeks ahead.

The vote-by-mail period in delegate-rich California begins February 3, the same date as the Iowa caucuses. It continues until February 25, a week before that state's March 3 primary.