Rep. Jeff Van Drew left the Democratic Party for the GOP Thursday, pledging his "undying support" for President Trump during a meeting at the White House.

The switch had been expected, although the timing was previously unknown. As a Democrat, Van Drew was one of only two members of his former party to vote against both articles of impeachment on Wednesday*.

With this change, there are 232 Democrats, 198 Republicans and one independent in the House. There are four vacancies. The Interactive House Map has been updated to reflect the change.  In anticipation of the party shift, several forecasters moved the 2020 election rating to Leans Republican earlier in the week. New Jersey's 2nd district voted for the president by about 5% over Hillary Clinton in 2016. 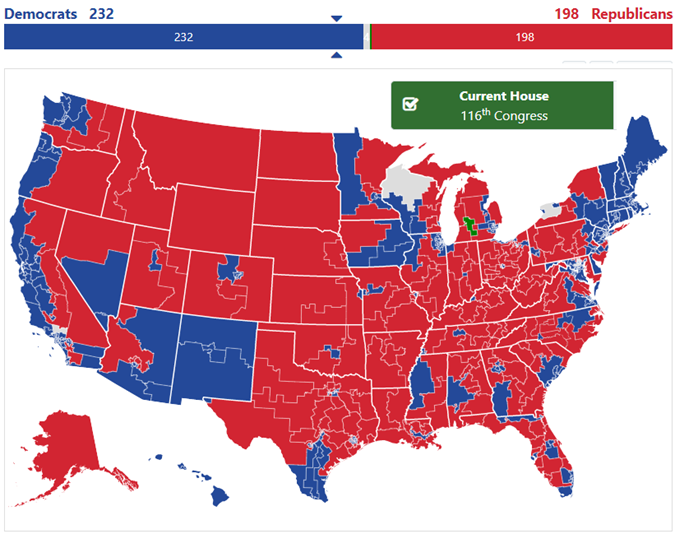 * The other was Collin Peterson (MN-7), who represents a district Trump won by 31 points in 2016. Democratic Rep. Jared Golden (ME-2) cast a yes vote on Article I and a no vote for Article II. Golden was the only member that cast a different vote on each article.