Massachusetts Sen. Elizabeth Warren was the winner of night one of the first Democratic debate, according to 270toWin visitors participating in a survey. She received just under 34% of the approximately 1,100 valid votes cast*. Hawaii U.S. Rep. Tulsi Gabbard finished 2nd with about 23%, followed by former housing secretary Julian Castro with 14%. 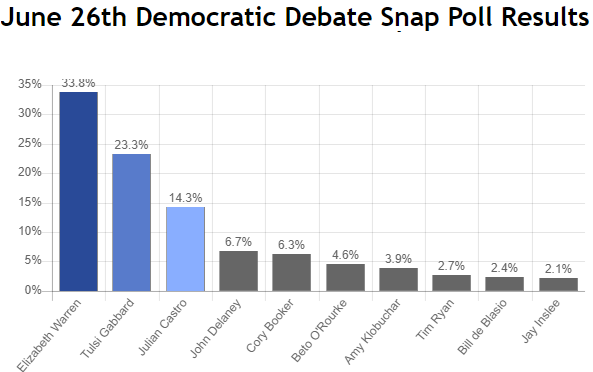 Gabbard was the winner of polls conducted by both Drudge Report and Washington Examiner.